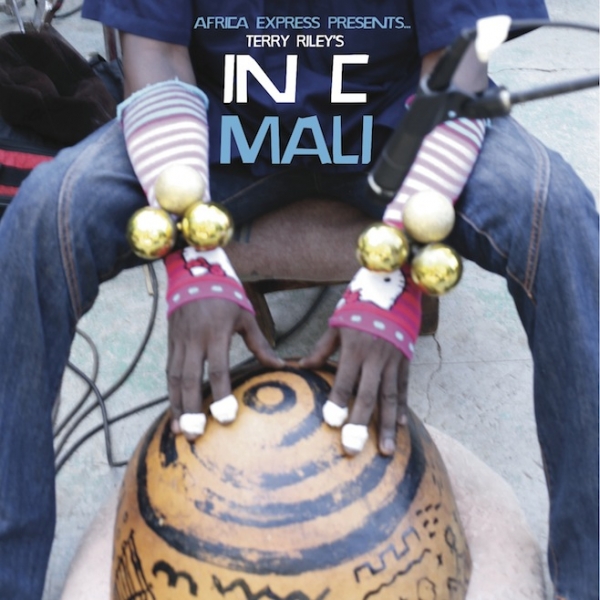 Terry Riley’s In C might not have been the first minimalist composition when it was first written and performed in 1964 (La Monte Young might dispute this honour) but its enduring legacy means that is where we return to when we think of how a collection of composers based around New York City responded to Schonberg’s joyless, mathematical serialist approach to classical music.

It’s also because of the choice of the C note; the most common note in western music, it’s instantly recognisable and comforting, but it also brings joy. Listen to any version of In C and you’ll hear that major C note rushing into your ears and lifting your heart. The original version entrusted Steve Reich to play that pulsing C note on a Wurlitzer and it became an anchor, a metronome and a beacon of light which the rest of the music buzzed around. In C handed control back to musicians from the conductor, allowing them to choose the phrases they played and how often they were repeated, meaning In C could last anything from a quarter of an hour to several hours.

There are a number of recordings which vie for the title of the “definitive” version of the piece (Bang On A Can’s 2001 version is personal favourite) but none quite capture the joy of In C in the way which Africa Express’ In C Mali does. Recorded as a fiftieth anniversary tribute to the piece by musicians from Bamako in Mali, aided and abetted by Damon Albarn, Brian Eno and Nick Zinner, produced by Mouse on Mars’ Andi Toma and with a live performance at Tate Modern conducted by Andre de Ridder (Efterklang, These New Puritans), the C major in this performance is played on kalimba and balafon, and the high, almost reedy version of the note sets the tone for the rest of the piece.

Filled with light and air, the Mali players initially focus purely on percussion, the thumb piano and balafon picking different phases and pitches of the note. It’s playful and bright, and ultimately faithful to Riley’s original vision. Around five minutes in, though, the Mali players and Africa Express start to add their own wonderful twist. Andre de Ridder’s violin leads a dancing string section consisting of Adama Koita’s dazzling kamel n’goni (a small hand-held instrument), Guindo Sala’s imzad and a couple of kora players who dart between the percussive pulses, taking In C away from the buildings of NYC to the bustling streets of Bamako, sunlight reflecting on the Niger river. It’s not just a new musical approach Africa Express bring to In C Mali; the project also adds vocals to the piece. These are joyful when Bijou initially adds her mesmerising and hypnotic voice to proceedings, but when Metronomy’s Olugbenga speaks plaintively over the music later in the performance it’s a surprising moment of reflection amidst all this African soul. Riley has marked it out as his favourite moment of the movement and it’s easy to see why: it’s the very definition of the music in the hands of the musicians, interpreting it through their surroundings and their culture.

The rest of In C Mali returns to the initial set-up; flutes join the strings and percussion, guitars chime in and we reach the most thrilling of climaxes when everything comes together in the last few minutes. By dispensing with score and allowing the musicians of Bamako to interpret de Ridder’s violin notations as they saw fit, Africa Express’ In C Mali retains the spirit of minimalism but imbues it with a heart and soul that’s rare in the compositional world.