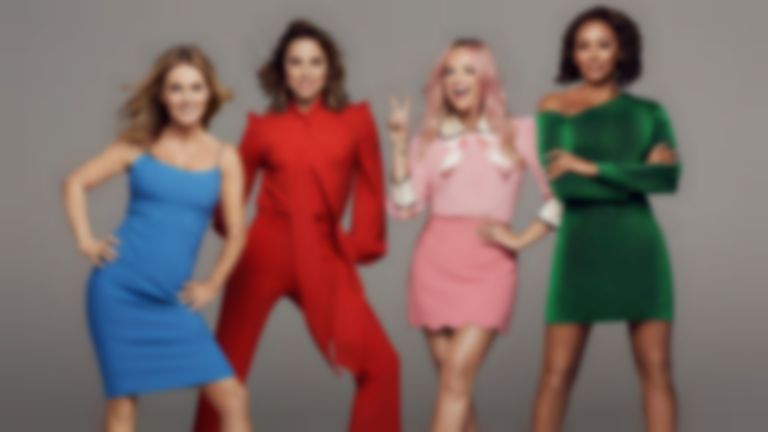 It’s been 25 years since the Spice Girls became a cornerstone of pop culture and, since their split in 2000, fans have been only a glimpse of the girls with only a few performances. But tonight - live at London’s Wembley Arena - the girls (minus Posh) reunited to give us one last look in to their Spice World.

Paying homage to the original Spice World set, the Spice Girls slowly rose to centre stage and opened with “Spice Up Your Life”. Forever on brand Melanie Chisholm channeled Superwoman in a slick tracksuit, Emma Bunton wore a hot pink prom dress, Geri Halliwell served regal realness in a Union Jack gown and Melanie Brown wore her signature leopard print. Flanked by a troupe of dancers, we are encouraged to show our true colours and are inducted in to our houses: “Are you the house of Sporty, Baby, Ginger or Scary?” Somewhat of a leader, Scary gets the biggest cheer.

“Who Do You Think You Are” pushes forward the pace while “Holler” slows things down with the 90,000 Wembley faithful singing every word. Taking a quick breather, the girls sit down for a moment and become sentimental: “We’re all in 40s now,” Halliwell says sweetly. She might say their age but they certainly don’t show it.

Having released only three full length albums, the Spice Girls’ set is filled with album tracks and dance interludes. Ever fighting for inclusion, phrases such as ‘equality’ and ‘freedom of expression’ are emblazoned across the screens as two male dancers dance the tango before leading in to “Viva Forever”. “Let Love Lead The Way” sent Bunton in to tears while Halliwell stood awestruck; following her shock exit from the band in 1998 she didn’t make it here last time round.

There’s a real sense of comradery surrounding the girls and peace signs are thrown in the air along with screams of "Girl Power!". Having played quite a few of the hits the show seems to be winding down and its time for the girls to play some poignant covers; Pointers Sisters’ “We Are Family” is an apt choice. With the main section of the show drawing to a close, the Girls wrap up with “Too Much”, “Say You’ll Be There“ and “2 Become 1”.

As the lights dim, it’s clear the Spice Girls will be coming back for more and a short candid film is played. “These girls mean the world to me,” states Mel B and frankly they clearly mean the world to the audience too. Returning for a three song encore the audience stomp their way through “Stop”, “Mama” and the amazing closer “Wannabe”.

It’s been over a decade since the Spice Girls last hit the road and, this time, they’ve hit the ground running. As their rumour mill always runs rife, it’s impossible to know what will be next but, whatever it is, this show proved that they are as iconic and influential as ever.

The Spice Girls conclude their 2019 Spice World Tour with one final date at Wembley Stadium tonight.

Spice Up Your Life

If You Can’t Dance

Who Do You Think You Are

Never Give Up On The Good Times

We Are Family (Sister Sledge Cover)

We Will Rock You (Queen Cover)

The Lady Is A Vamp

Say You’ll Be There