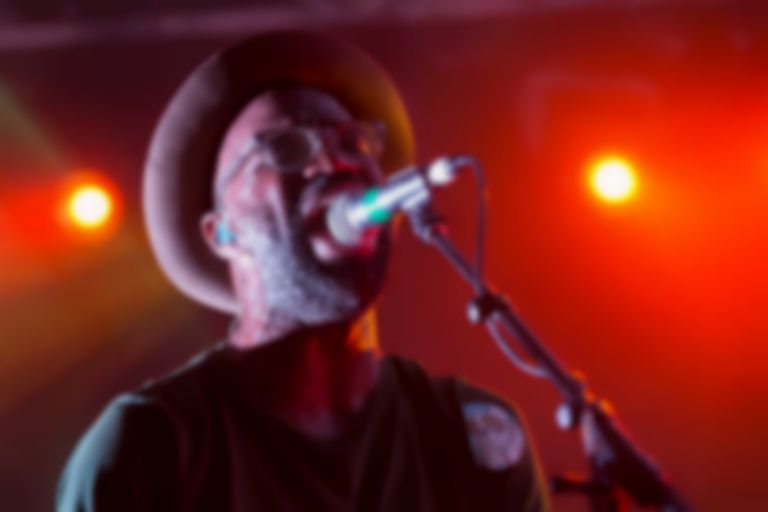 Tunde Adebimpe, the frontman of art-rock collective TV On The Radio, has joined forces with Sal P and Sinkane for a fresh cut.

It's titled "Speedline Miracle Masterpiece" and it will feature on the upcoming GTA V soundtrack when it's re-released on the PC. The track is part of a specially-expanded edition of the soundtrack, curated by The Alchemist and Oh No (Gangrene). We've already heard some of the new sounds, including a collab between the curators themselves, Earl Sweatshirt and Future Islands' Samuel T. Herring.

The Alchemist and Oh No Present: Welcome to Los Santos is due out physically on 21 April via Mass Appeal.

Stream the collaboration below.