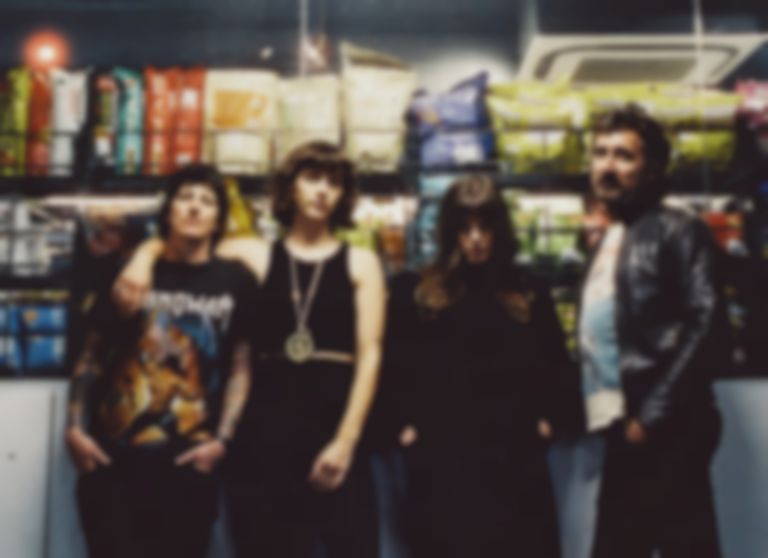 Australia's Tropical Fuck Storm are back with news of their upcoming album Deep States, and have shared new cut "G.A.F.F" to accompany the announcement.

"G.A.F.F." is the third track to be lifted from the band's Deep States album, following last year's "Suburbiopia" and "Legal Ghost" songs, and is teamed with a video directed by Oscar O'Shea.

The band says of the sonng, ""Give A Fuck Fatigue" is an ode to the occasional dispassion brought about by the mandatory concern for every perceived injustice that happens, has happened and might yet happen that is being foisted upon the masses by super-yacht dwelling tech barons who monetise our indignation."

Tropical Fuck Storm's Deep States album will be their first since 2019's Braindrops.

"G.A.F.F." is out now. Tropical Fuck Storm's Deep States album will arrive via Joyful Noise on 20 August, and is available to pre-order now.