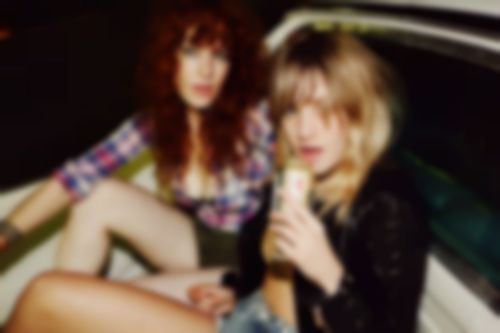 Last night Californian two-piece Deap Vally bought their gloriously filthy brand of rock ‘n’ roll to London for the very first time. Not that you’d have been able to tell that it was their debut visit to these shores, mind; the Old Blue Last has rarely been so busy, with a ‘one in, one out’ policy being established long before the duo had even taken to the stage.

They had to contend with some seriously high expectations last night – but Deap Vally certainly didn’t disappoint.