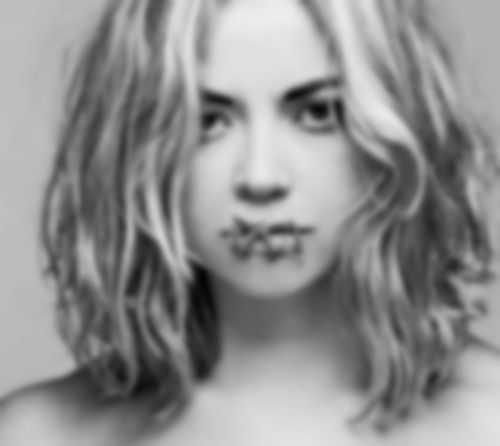 Parachuting Charlotte Church into the realm of indie rock is like fielding Usain Bolt in an egg-and-spoon race: he might be jaw-droppingly fast, but he’s still got to hold the cutlery steady, and Charl faces a similar test not to stoop to conquer in her newly chosen milieu.

If anything other than her a-little-too-polished band is holding Charlotte back in this endeavour, it’s her pitch-perfect pipes. So show-stopping is her vocal talent, we actually find ourselves laughing out loud during ‘Judge From Afar’ – apparently written “while I was taking part in the Leveson Inquiry”, not a claim many artists could venture.

While musically unchallenging – a dash of Killers in ‘Say It’s True’, some Yeah Yeah Yeahs disco in finale ‘James’, and a mid-set experiment with a loop pedal that probably felt more adventurous than it sounds – Charlotte’s ingenuous lyrical targets seem to be set on herself and the gutter press. She’s well positioned to mould herself as a less irritating, sweeter-sounding female Robbie Williams; it’s pleasing to witness her trying a relatively brave new tack.

It’s also something of a pity: given her lack of need to pay heed to commercial concerns, Charlotte Church could literally do what the fuck she wanted and become a Scott Engel-esque avant-garde sonic voyager if she so desired. We have to hope middling guitar-based pop isn’t the height of her ambitions. A voice like hers shouldn’t be slumming it in these environs; perhaps Austra’s might be a path worth investigating.