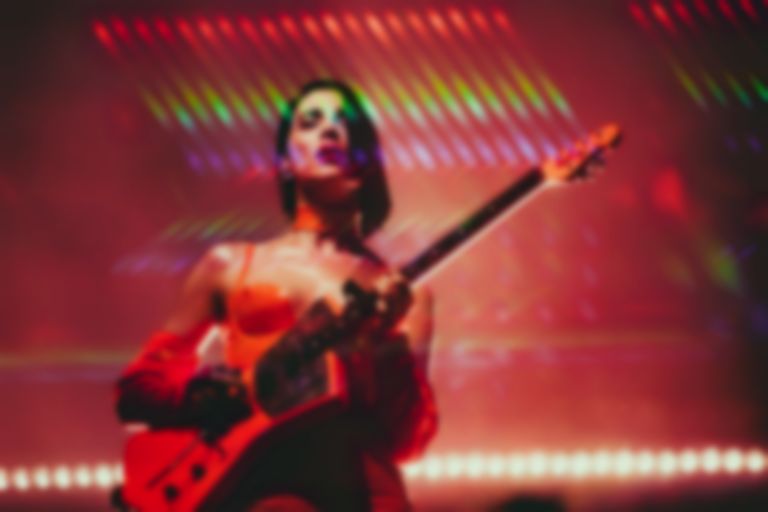 St. Vincent, aka Annie Clark, and Sleater-Kinney's Carrie Brownstein will star in The Nowhere Inn, a film confirmed to debut at Sundance 2020.

Sundance Film Festival has announced its 2020 schedule, revealing a new film called The Nowhere Inn, which stars, and is co-written by St. Vincent and Carrie Brownstein of Sleater-Kinney.

The IMDB synopsis reads: St. Vincent sets out to make a documentary about her music, but when she hires a close friend to direct, notions of reality, identity, and authenticity grow increasingly distorted and bizarre."

St. Vincent has scored the film, which is directed by Bill Benz. Brownstein and Clark will star as themselves.

THE NOWHERE INN! The film I co-wrote and co-star in with my bff, @carrie_rachel, got into @sundanceorg ! Directed by the amazing @billbenz! I also scored it. But, duh.