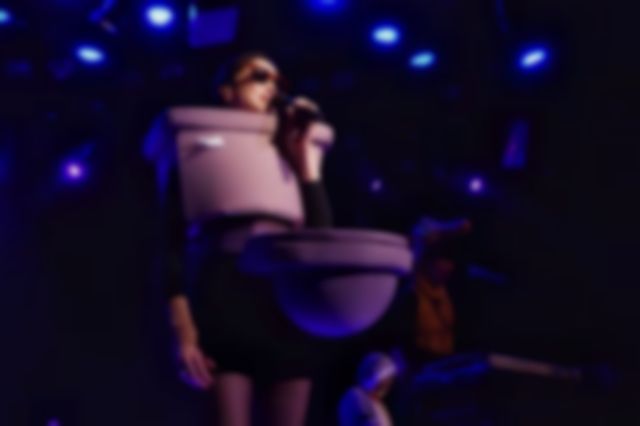 As you can tell from the pic above (by Joe Saturday), the costume was bloody impressive. By all accounts it didn't limit her shredding abilities either. It was her first show of 2016, and she debuted a new track (potentially titled "New York").

The concert looked to raise money for Jasper Johnson, the son of her drummer Matt, who suffered a severe seizure earlier in the year. Father John Misty and Rufus Wainwright also performed at the event.

Watch fan-shot clips and videos from the set below.

Even wearing a friggen toilet Annie Clark is mesmerizing. Great show tonight with @rufuswainwright @fatherjohnmisty and the always incredible @st_vincent. Thank you my ❤️ for this great NYC night.

tonight me and @breezy.gr got to see @st_vincent for the first time as texans-turned-new yorkers and it was great and a little emotional too ✨