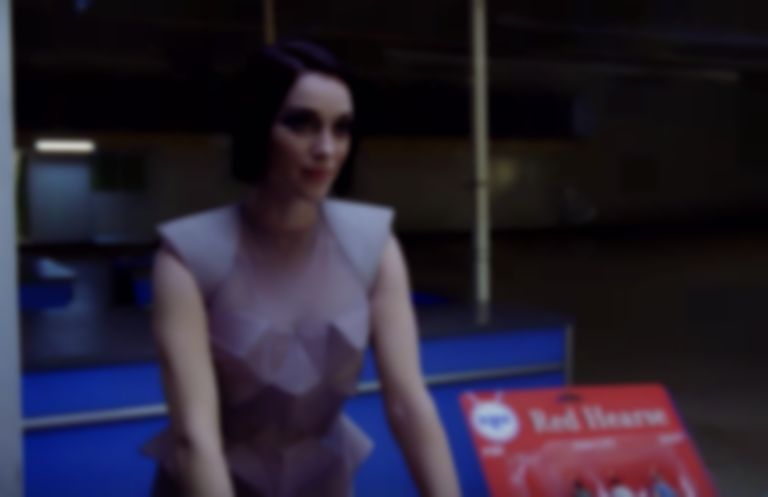 Red Hearse, the new supergroup made up of Jack Antonoff, Sam Dew, and Sounwave, have unveiled new single "Half Love", alongside a video starring St. Vincent.

"Half Love" is the third offering from Red Hearse, following on from previous singles "Red Hearse" and "Honey".

Both Jack Antonoff and Sounwave worked on St. Vincent's MASSEDUCTION album, and today she appears as the lead role in their video for the new single.

Red Hearse's self-titled debut album is written, performed, and produced by Antonoff, Drew, and Sounwave, and was engineered by Laura Sisk.

Antonoff has been busy working with Lana Del Rey, Kevin Abstract, and has been working on new Bleachers material.

"Half Love" is out now. Red Hearse's self-titled debut album is due to land later this summer via RCA Records.