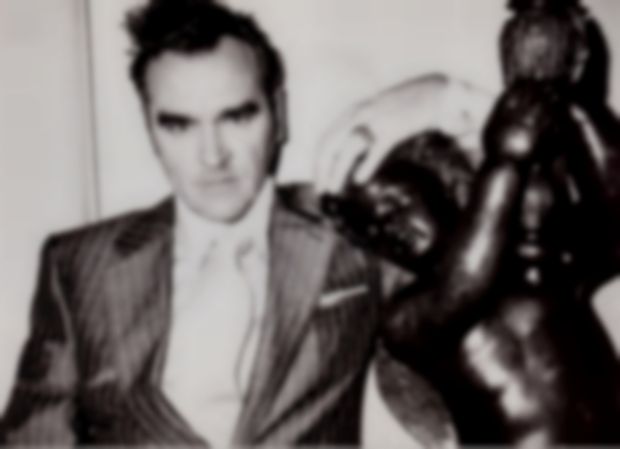 Following a recent batch of cancelled shows, Morrissey has now announced that his entire U.S tour has been scrapped altogether.

A statement released online reads: “It is with great sadness that the remainder of the US Tour has been cancelled. The respiratory infection Morrissey contracted in Miami has worsened, and in the interest of making a full recovery, all further touring plans have been halted. Morrissey thanks his fans for their compassion, understanding, and well-wishes during this difficult period as he recuperates.”

In an additional note, the finger of blame is firmly pointed towards his tour’s opening act Kristeen Young for giving him a cold that eventually led to a virus.

“Difficulties had arisen on May 31st following Kristeen Young’s opening set at the Miami Knight Concert Hall, after which Kristeen confessed to “a horrendous cold”, the symptoms of which were passed on to Morrissey resulting in the cancellation of the next show in Atlanta,” the second statement reads. “Morrissey received medical attention in Miami, and once again in Boston, but it was not enough to shake off the virus, the recovery time for which is too lengthy to meet the final 9 shows of the tour.”

However, Young has since refuted these claims, calling them “bizarre”. She writes: “I did not “confess to a horrendous cold”. On Monday, June 2nd, I had an allergy attack that was over within 16 hours… I am very sorry that Morrissey is not feeling well. But I will not tolerate these lies…particularly about my health. This is really too much and bizarre.”

You can watch a video trailer for new track “Earth Is The Loneliest Planet” (starring Pamela Anderson) below. Moz’s new album World Peace Is None Of Your Business is out on 14 July.