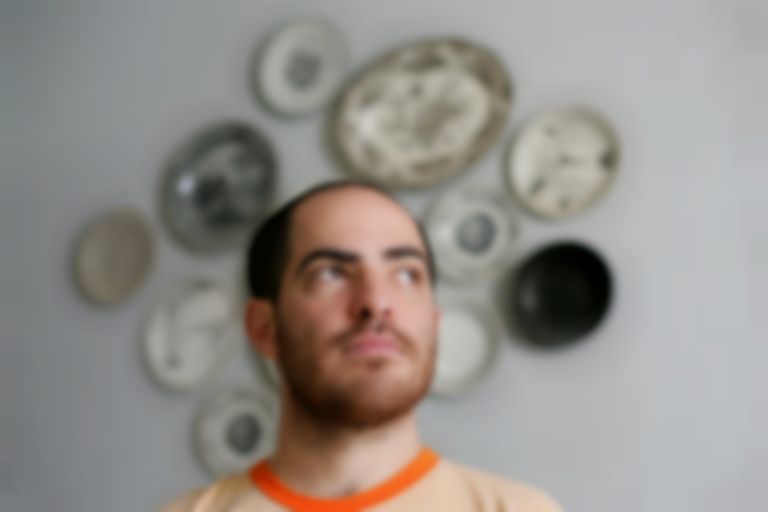 Max Tundra has announced reissues of his first three albums, and has shared A. G. Cook's remix of "Lights" from the upcoming Remixtape that will accompany the reissues in August.

In August, Max Tundra will reissue 2000's Some Best Friend You Turned Out to Be, 2002's Mastered by Guy at the Exchange and 2008's Parallax Error Beheads You albums, and he'll also release a remix mixtape - aptly titled Remixtape. He's also shared a first preview of the tape with a remix of "Lights" from Mastered by Guy at the Exchange by PC Music founder A. G. Cook.

A. G. Cook says of Max Tundra, "Mastered by Guy at the Exchange is a true cult album - a playful monolith that sounds both nothing and everything like the 2000s. Stumbling across it as a teenager, it reinforced a hunch I had: that music is a place where anything could happen, and total chaos could be held together by the lightest of pop hooks. There’s an oddly British quality to Max Tundra’s work, a soft and polite maximalism - pioneering, eccentric and infinitely remixable."

Max Tundra, real name Ben Jacobs, said of the mixtape, "Much has taken place since my albums emerged at the beginning of the 21st century, though my heart still swells when I play them again. I thought it would be highly appropriate to refresh some of these songs by enlisting the services of a handful of exciting modern musicians, inviting each of them to choose their favourites from the album tracks. I'm thrilled to hear these repurposed tracks, each fizzing and popping with vitality and spark. I also wanted to reinterpret one of the tracks myself - redressing the hectic original in piano-based attire. I enjoy playing the tracks off against their remixed versions, and it is pleasing how much they complement each other."

As well as announcing the reissues and Remixtape, Max Tundra has shared news of a 20th anniversary Mastered by Guy at the Exchange show at The Lexington in London on 2 September. Tickets are on sale now from dice.fm.

Max Tundra's Some Best Friend You Turned Out to Be, Mastered by Guy at the Exchange and Parallax Error Beheads You reissues will arrive via Domino on 12 August with his Remixtape, and are available to pre-order now.