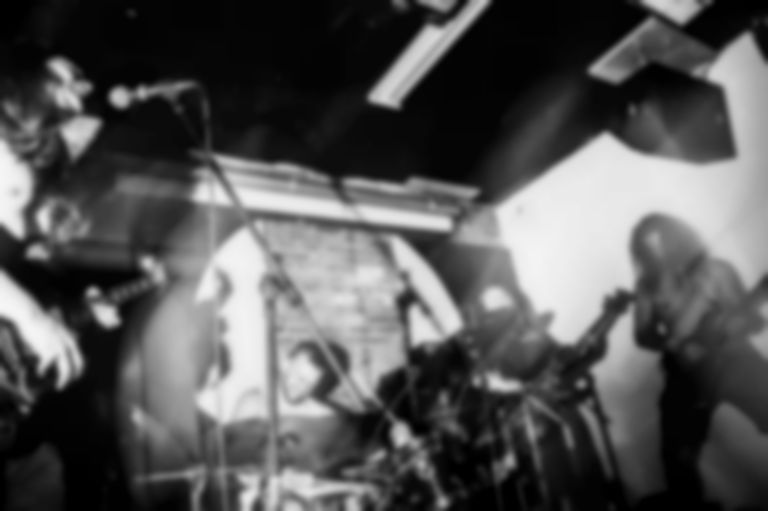 Brooklyn's Liturgy have dropped their new album H.A.Q.Q. today without any warning.

H.A.Q.Q. is Liturgy's first album in four years, and was announced last week alongside the soundtrack for their Origin of the Alimonies opera, both announced with an unspecified release date in 2020.

Today the metal band - fronted by Hunter Hunt-Hendrix - have surprise-released their follow up to 2015's The Ark Work, which features last week's lead single "GOD OF LOVE".

H.A.Q.Q. stands for Haelegen above Quality and Quantity. According to a press release, the album "represents Hunt-Hendrix’s uniquely marxist and psychoanalytic vision of God."

The new album was recorded in August 2019 at Machines With Magnets in Pawtucket, Rhode Island with producer/engineer Seth Manchester.

Liturgy's new album H.A.Q.Q. is out now. Their Origin of the Alimonies opera is due to be released in 2020.