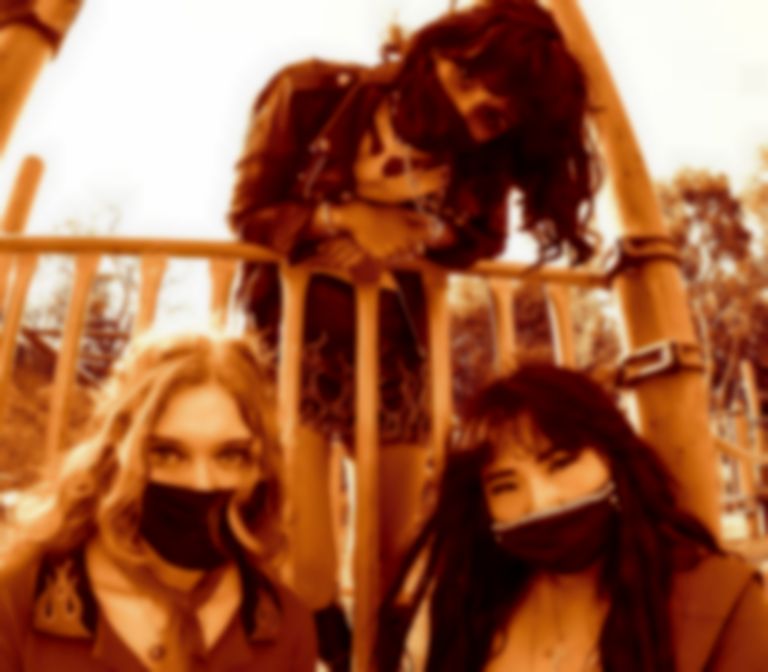 L.A. Witch have unveiled their new single "Gen-Z", which is a second taster of their forthcoming LP Play With Fire.

"Gen-Z" is the second single to be lifted from L.A. Witch's new album, landing after last month's lead single "I Wanna Lose".

Guitarist and vocalist Sade Sanchez says of their new single, ""Gen-Z" is inspired by a series of articles mentioning the high rates of suicide amongst the "Gen-Z" due to the pressures of social media. At the same time I read about several music companies not doing well due to lack of interest in people to learn to play instruments. When I was a kid, music and guitar was my escape. Music was how I fought through my depressions. What will the future do to get through it? With constant pressure to be perfect and information/advertisements and brainwashing constantly being shoved in your face, you become a product of your environment. "Gen-Z" is about being a slave to technology, specifically to our phones."

Play With Fire will follow on from the group's 2017 self-titled debut album.

Sanchez says of the album title, "Play With Fire is a suggestion to make things happen. Don’t fear mistakes or the future. Take a chance. Say and do what you really feel, even if nobody agrees with your ideas. These are feelings that have stopped me in the past. I want to inspire others to be freethinkers even if it causes a little burn."

"Gen-Z" is out now. L.A. Witch's Play With Fire album lands 21 August via Suicide Squeeze Records, and is available to pre-order now.