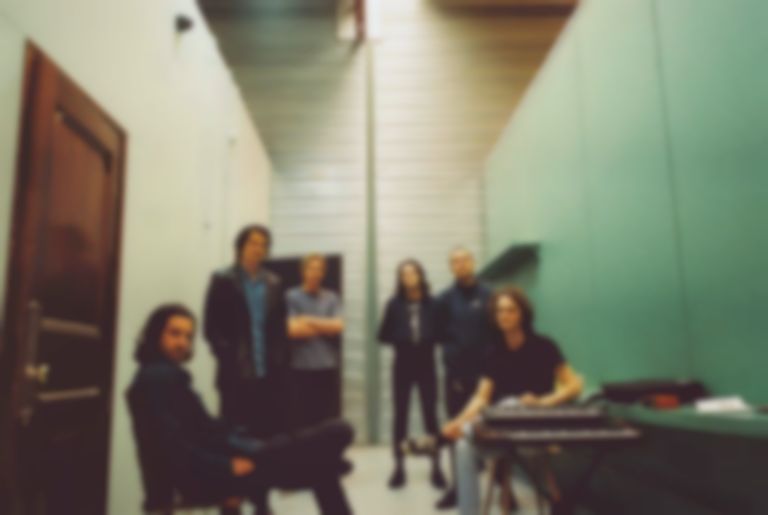 King Gizzard and the Lizard Wizard have returned with "O.N.E.", marking their first new outing of 2021.

The kaleidoscopic "O.N.E" is teamed with a video directed and edited by Alex McClaren, and follows the band's December 2020 single "If Not Now, Then When?".

McClaren says of the video, "The song itself feels as if it’s constantly moving along so I tried to keep the visuals continually moving forward and sliding into different visual styles and landscapes. I felt the mix of stop motion and collage through the use of found imagery and the band would help compliment the tracks lyrics and themes as I interpreted them, of dreams, nightmares, climate change, dystopias, and utopias, as well as referencing events that took place during the making of the video over 2020. All video of the band was shot by Ambrose during the second lockdown restrictions and I had to give notes on shooting and direct remotely which was strange but so was everything during that period."

The song is lifted from a new King Gizzard and the Lizard Wizard album, which will follow last year's K.G. album. The group's Stu Mackenzie said of the recent album rumours, "King Gizzard’s new album (y’all know what it’s called) is definitely not coming out in February."

King Gizzard and the Lizard Wizard's "O.N.E." single is out now.