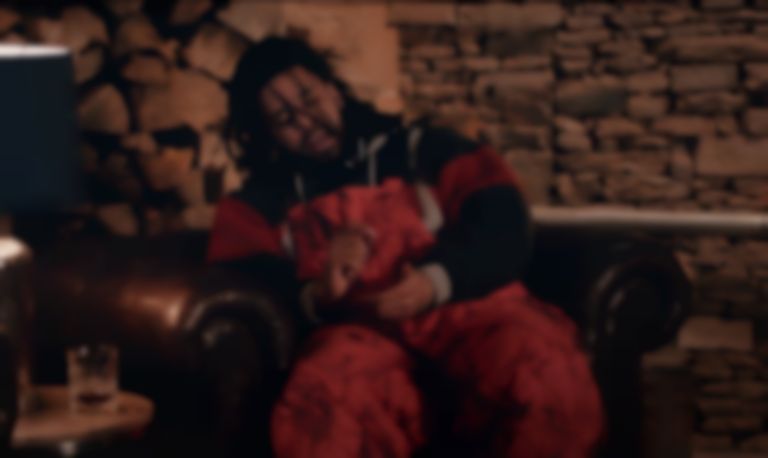 J. Cole has returned with surprise track "Snow on Tha Bluff" - his first single of 2020.

The new track sees J. Cole discuss the ongoing Black Lives Matter protests happening across the US and the world at the moment, with some fans thinking it's also a response to Chicago artist Noname calling out "y'all favourite top selling rappers" for not posting anything on social media in relation to the protests.

J. Cole raps, "My IQ is average, there's a young lady out there, she way smarter than me / I scrolled through her timeline in these wild times, and I started to read / She mad at these crackers, she mad at these capitalists, mad at these murder police / She mad at my n****s, she mad at our ignorance, she wear her heart on her sleeve / She mad at the celebrities, lowkey I be thinkin' she talkin' 'bout me."

He continues, "But shit, it's something about the queen tone that's botherin' me / She strike me as somebody blessed enough to grow up in conscious environment / With parents that know 'bout the struggle for liberation and in turn they provide her with / A perspective and awareness of the system and unfairness that afflicts 'em / And the clearest understandin' of what we gotta do to get free."

So for anyone who’s confused as to why J. Cole is getting backlash;

Rapper Noname tweeted this criticizing Cole & Kendrick for not speaking up after the George Floyd situation. Cole responded on this new track defending himself, and now people are mad at him for it.. pic.twitter.com/vOErHzy5y0

While many are criticising J. Cole for apparently calling out Noname, some are defending J. Cole, stating that he was busy protesting while Noname was on Twitter.

While J Cole was out there just minding his business and protesting, Noname was on her couch with the Twitter Fingers. J Cole is a ! pic.twitter.com/pxBnoFEOTd

J. Cole's "Snow on Tha Bluff" track is out now.