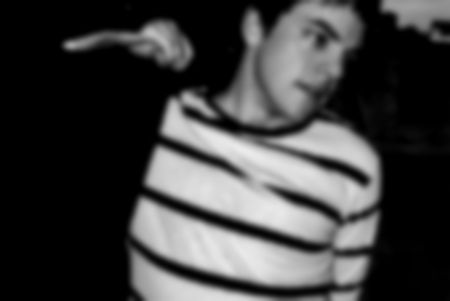 If you enjoy the music of Peter Broderick, Sylvain Chaveau, Max Richter, Arvo Part, Philip Glass, Michael Nyman, Steve Reich or Johann Johannsson you will almost certainly want to check out Nico Muhly when he performs in the grandiouse setting of London’s Union Chapel on 8th May. Muhly will appear on stage with TLOBF favourites Sam Amidon and Doveman as well as the Kammer Klang String Quartet – it is sure to be a very special evening.

Nico Muhly’s recent works include the score to the (Oscar winning) Kate Winslett film – The Reader, plus various classical compositions for current media darlings Grizzly Bear on their soon to be released third album Veckatimest.

Nico Muhly attended Columbia University and the Juilliard School, where he studied composition under Christopher Rouse and John Corigliano. Before graduating from college, Muhly began working for Philip Glass, conducting and making demos for his film scores. Since then, Muhly’s works have been premiered by the Chicago Symphony, the Juilliard Orchestra, the Boston University Tanglewood Institute Orchestra, the Boston Pops, Clare College Choir, New York’s Saint Thomas Church Choir, and the Paris Opera, among others, and he has written film scores for Choking Man (2006), Joshua (2007), Margaret (2009) and the Acadamy Award nominated film, The Reader (2008). He is also a skilled performer, arranger, and conductor to such musicians as Björk, Rufus Wainwright and Antony of Antony and the Johnsons. Both of his albums, Speaks Volumes (2007), Mothertongue (2008) and live shows have received high acclaim in the international press.

Upcoming commissions include an opera developed by the Metropolitan Opera and the English National Opera and a dance with choreographer, Stephen Petronio. He currently lives in New York City.

You can buy tickets for the event here. The Union Chapel is located 5 minutes walk away from Highbury & Islington tube.