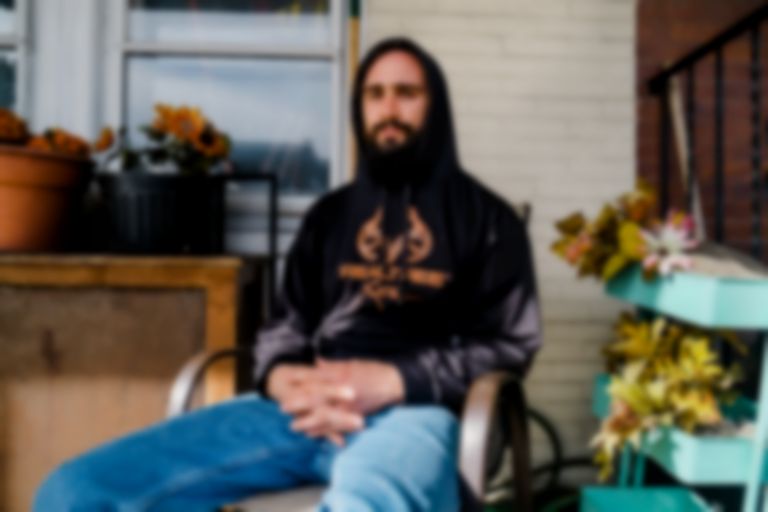 Dan Wriggins, leader of Philadelphia's Friendship band, has announced his debut solo EP Mr. Chill, and has released the title-track as the lead single.

He says of the EP title-track, "I wrote the song "Mr. Chill" while working for an arborist/tree care company in the Philly suburbs. The hours were long and strenuous, and like most of my friends, I was balancing full time work with writing music and playing shows. That’s where the clock-punching lyrics come from. This was a couple years ago, and I am only realising now that "Mr. Chill" might be a Christmas song. It also reminds me of the Disney ride "It’s a Small World". It’s the only song I’ve written so far that does not rhyme."

He adds of the EP, "I recorded 14 songs with Brad Krieger at his beautiful studio in Lincoln, RI in October. Mike Cormier played everything but guitar, and some pizzicato plucks on "Yellow Bricks", courtesy of brilliant pilgrim Lina Tullgren. I didn’t want any bass, so Mike found a humongous kick drum. The five songs that make up Mr. Chill hung together best, so I made an EP. The songs are fragmentary. Scenes and images come from memories, dreams, friends, books, lullabies, tv shows, etc. I wanted it to sound, as usual, like Kath Bloom or Vic Chesnutt. Mike was thinking of Glen Campbell. I’ve gotten "hey man, your music is so chill" a lot, and I’m like what the fuck??? I thought it was DIRE."

"Mr. Chill" is out now. Dan Wriggins' Mr. Chill EP will land via Orindal Records on 12 March, and is available to pre-order now.