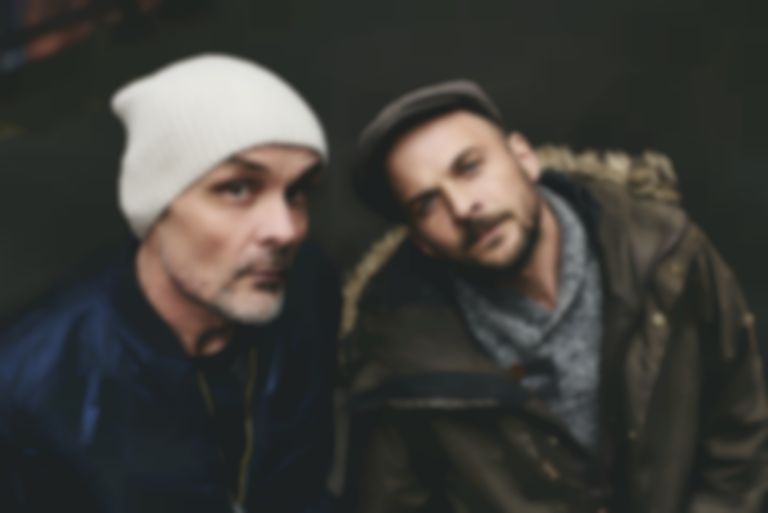 German musicians F.S.Blumm and Nils Frahm have announced their fourth collaborative album 2X1=4, alongside releasing the opener "Desert Mule" as the first taster of the record.

"Desert Mule" is the first taster of 2X1=4, which will be the pair's fourth collaborative album, following 2016's Tag Eins Tag Zwei.

One of the songs on 2X1=4 ("Neckrub") started taking shape as the duo completed work on their last collaborative album, and that year they developed the new album through improvisation sessions recorded by Frahm to two-track cassette.

Frahm said, "We kept on making new songs out of these sessions and starting over and over again. It was a process that was time consuming but really fun."

Blumm continued, "I love ending up somewhere where I’m surprised by myself or the machine or the person with whom I’m making music."

Frahm added, "None of this is too serious. The record is only as much of a dub record as the ones before are jazz records..."

"Desert Mule" is out now. F.S.Blumm and Nils Frahm's 2X1=4 album will be released 3 September via LEITER.