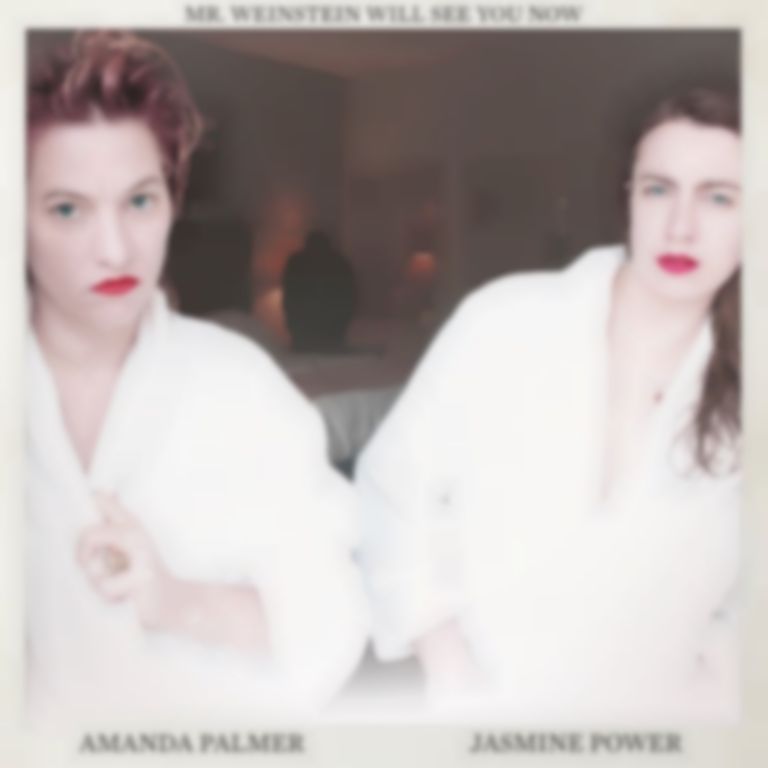 Amanda Palmer & Jasmine Power teamed up on the Harvey Weinstein track, "Mr. Weinstein Will See You Now", and dropped it just days prior to his arrest.

It almost seems staged that just days before Harvey Weinstein's arrest Amanda Palmer & Jasmine Power uploaded a raw and emotive collaboration that seemingly accounts for, and brings justice to the women who suffered Weinstein's harrassment.

Amanda Palmer of The Dresden Dolls, and 24 year old Welsh songwriter Jasmine Power, express their solidarity on new track "Mr. Weinstein Will See You Now", which paints a sombre, first person picture of a woman suffering contradicting thoughts in a hotel with Harvey Weinstein.

The duo came to work on this project through a relaxed jam session, and progressed to put two voices inside one woman’s head on their new collaboration.

With news of Weinstein's arrest coming to light today (25 May), Palmer took to Twitter to express her gratitude, and astonishment over the timing of the track drop.

harvey weinstein is being served justice. but it could have been otherwise. THANK YOU @rosemcgowan. THANK YOU @AsiaArgento. thank you to EVERY SINGLE women who has raised her voice and told the truth and refused to be shut up by a broken system. LET. PROGRESS. RING.

Palmer went further to explain the personal resonance of the track, "I feel like we are standing on the edge of an historic precipice right now, and we are teetering towards justice not just for women, but for all people. It’s not just the news about Bill Cosby, or the news about Harvey Weinstein, or the way it feels right now to be getting on a plane from London to Dublin filled with women and men wearing “Repeal” sweaters all heading home to vote for a woman’s right to choose. It’s the sum of all these parts, and it’s a zetigeist of human equality that can’t be put back in the bottle now that people have access to one another’s stories. It’s watching what happens to a rotten, oppressive system when women and finally start comparing notes, doing the math, and taking back their narratives. Let Progress Ring!"

Until 30 June, all proceeds from the track will be donated to TimesUp, a Legal Defense Fund that provides subsidised legal support to those who have experienced sexual harassment, assault, or abuse in the workplace.