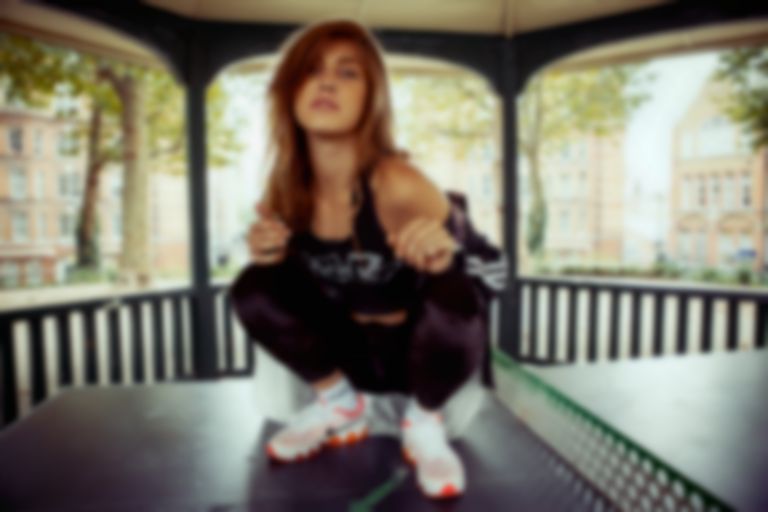 Photo by Sara Amroussi-Gilissen
Song Of The Day

Ellinor Olovsdotter, AKA Elliphant, has premiered her new single and video, "Purple Light (ft. Doja Cat)", which was made in collaboration with i-D.

The track is less out-and-out dub than previous outings like "Down On Life", but still features a considerable amount of energy. Like any great club anthem, the track opens sex and booze: "Reaching up for the glass/come on now fill it up/been empty for some time/come on now, fill me up..." or is that "feel me up?". It's still gonna make you move and Olovsdotter's enticing mixture of clanking synths and melancholy swagger, coupled with a stilleto-sharp verse from Doja Cat, makes this an exciting peek into her 2015 plans.

Based in L.A., though originally hailing from Stockholm, Elliphant's won over fans worldwide for her skewed brew of dancehall, bubblegum-dub, electronica and synth-pop, her collaborations - with Skrillex and MØ - and her addictive live shows.

Speaking to us last year about her frantic recording methods, sessioning on the fly and writing in the moment, Olovsdotter said:

"To do all these things, it's like having sex, you know? You know it, you've done it so many times, you know what to do, but still, you can never prepare yourself. It's always gonna be new, a bit different, with new emotions and people. It's not like riding a bike at all! That's why I love this stuff. I'm a baby, learning everything and meeting so many friends for the first time. It's like 'hi, wanna play with me?' Then we do a session or play around a bit, sometime things happen, sometimes they just don't, but regardless, most of the time, at the end, it's just 'bye bye have a nice life!'"

"Purple Light" is directed by Ellis Bahl and features Sing Howe Yam as Director Of Photography.