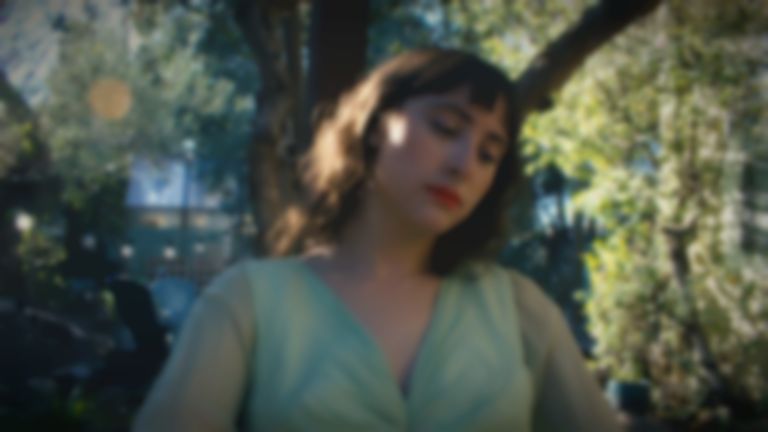 LA-based multi-instrumentalist A.O. Gerber (aka Olivia Gerber) has released the dreamlike "Strangers" as a follow-up to her 2016 EP Fathers.

Punctuated by lush brass sections and flowing with harmonies under her warm Angel Olsen-esque croon, “Strangers” is A.O. Gerber's mark of true self-belief. She cracked through her debilitating fear of failure and has proven herself within the LA music community, sharing stages with Field Medic, Pavo Pavo, Johanna Samuels and Sofia Wolfson.

The track touches on the confusion and complexities of making the right choices in a relationship (“Here’s to making the same mistakes again and again and again,” as she sings), as well as the escapism of fantasy.

“I've always struggled with my own proclivity for getting absorbed in fantasy at the expense of seeing things or seeing people as they actually are,” says Gerber. “I think we all do to a degree. 'Strangers' is about waking up from that fantasy at the end of a relationship and coming to terms with how little you were ever dealing in reality - how little you were ever seeing or being seen by the person you said you loved.

“It's about the chasm between the closeness you felt with someone for a time, and the immense distance that exists in the present. It's hard for me to accept the complexity of relationships - that both that closeness and that distance are equally as real, equally as valid, and that they can coexist in the same experience without negating the other. This song is me grappling with that.”

Gerber is working on her upcoming LP, co-produced by herself and Madeline Kenney, who also directed the video for “Strangers”, with its sun-dappled luxe Pre-Raphaelite imagery and daydreamy vibe.

“Strangers” is out now. Find A.O. Gerber on Facebook.