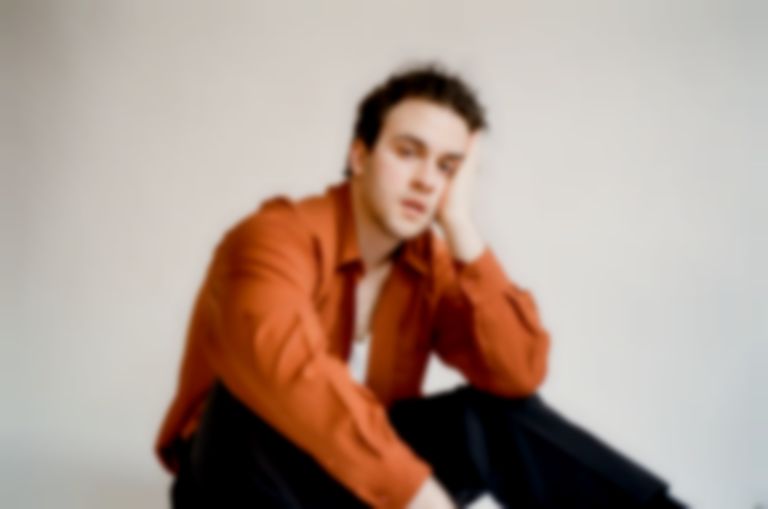 Following on from his synth-pop swooner "Thoughts From Your Car", Toronto's nodisco. pays homage to late night lovelorn nostalgia with new 80s-soaked cut, "Moonlight In My Bedroom".

Taking inspiration from Morrissey and Max Martin in one three-and-a-half-minute jam, nodisco., also known as Toronto-based newcomer Chris Toufexis, pours out his heart into a song that doesn’t break with convention, but embraces it.

Having worked with producer Chris Zane (Passion Pit, St. Lucia) on his previous single, the similarly slick and hooky "Thoughts From Your Car", there are echoes of that Neon Gold 80s soaked pop of early 00s blog darlings. And just as Passion Pit’s debut EP was a DIY love letter, so too do Toufexis’ offerings have a blissful naivety to them. The pre-choruses arrive with a slap, the choruses explode, the sentiment is primed, and it’s all wonderfully enjoyable.

"I read the note that you gave me through the moonlight in my bedroom. Apart to start, built on maybe, must’ve started this too soon." Downhearted over the bouncing production, it could be a sad banger were it not so nostalgic. Where there could be a dancefloor, instead you see a Stranger Things costume party.

There’s a knowing indulgence to his rhetoric too. "Regardless of influence, nodisco. fixates on creating the perfect pop song, crafting verse melodies, choruses and bridges until they settle the neurotic voice in his head that says he hasn’t quite made them perfect enough yet," reads his press statement.

There is no denying that under all the clever positioning and veiled pretence "Moonlight In My Bedroom" is a big tune, and one that’s likely to resurface as you’re trying to drift off to sleep, thinking about those WhatsApp ticks that are yet to turn blue.

nodisco.'s new single "Moonlight In My Bedroom" is out now via Level.