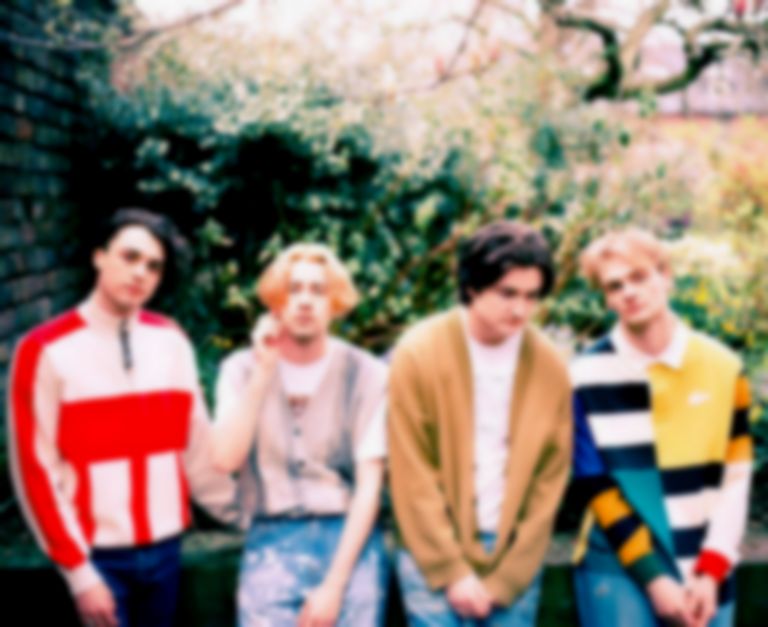 The dreamy “come over x”, released via Akira Records, is the second single from modernlove.’s forthcoming debut EP monochrome blue, due out in September.

The music of Drogheda, Ireland’s modernlove. can soundtrack your daydreams, your visions of the future and your memories of the past. Their new track “come over x” is now part of the ever-expanding, swirling sonic universe the band is creating in real-time.

That world already includes the previously released, synth-heavy “lmk (if you wanna see me)”. The rest of the forthcoming EP centres around similar themes in this day and age: romance, communication and the digital ecosystem that frequently ties it all together. In that sense, “come over x” fits in perfectly.

"'come over x' tells of the naivety and sincerity of young love in the modern world,” explains modernlove. The band also calls it a “simple love ballad but in the context of today,” as the song follows a young person’s attempts to steal away to their room with a love interest, undetected by their parents. It’s not a stretch to think that plenty of fans will relate to the sentiment.

There’s a musical through-line from ethereal early tracks by synth pop-rockers The Naked and Famous, with a rippling undercurrent of intensity and a dreamy, free-flowing quality reminiscent of The Jesus and Mary Chain. The ache of romance and washed-out production fades in and out all the while. Lead vocalist Barry Lally laments that “it stretches out forever” and implores one to “come closer” as guitars churn, shimmer and shine.

“come over x” is a 2021 song with timeless influences, bathed in a kind of quiet, dreamlike nostalgia. Perhaps it’s nostalgia for mere moments or months ago, rather than years or decades.

New single “come over x” is out now on Akira Records. Find modernlove. on Instagram and catch them live at Dublin’s Workman’s Club on 5 November and London’s The Social on 12 November.