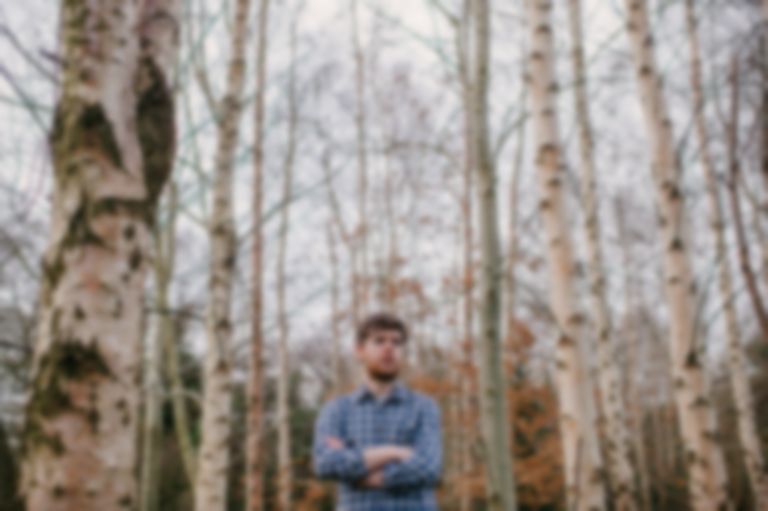 It's a sweetly lilting ditty, soaked in country-western hallmarks and nuanced flecks of The Decemberists. "Twisted Arrow" sees dawn-baked guitars, swung crashes and clicky percussion coalesce with jangly grace. Deal's trademark timbres are perfectly at ease as summery harmonies, and despite the overtly dark lyrics - "and I go by the open road/to the heart of town/with this twisted arrow through my throat..." - it's a track that remains upbeat, if not slightly harrowing.

The band's Mark McCambridge said of the collaboration and songwriting process:

“The harmony part was always there, from the moment the song was written and recorded here in Belfast.  But it needed a unique voice.  Fancifully, we drew-up a shortlist of desirable candidates with Kim far and away top of the list.  So, we contacted her – as you do - and after a short period of silence she came back in early January saying, in so many words, ‘it’s done’.  It has been this relaxed throughout.

"Kim recorded her part on new year’s eve in Dayton, Ohio, working through some mild interruptions from a neighbour’s party.  She liked the song and, through the marvels of the modern world, had been swayed by some shaky footage of an Arborist solo show.

"As big fans of the Pixies and the Breeders for many, many years, we’re obviously delighted to have Kim involved. Though crucially, the tone of her vocal was exactly what the song needed and it's turned out better than we could have expected.”

"Twisted Arrow" is set to get a limited edition 7" release on 4 May.

Listen to the track below.