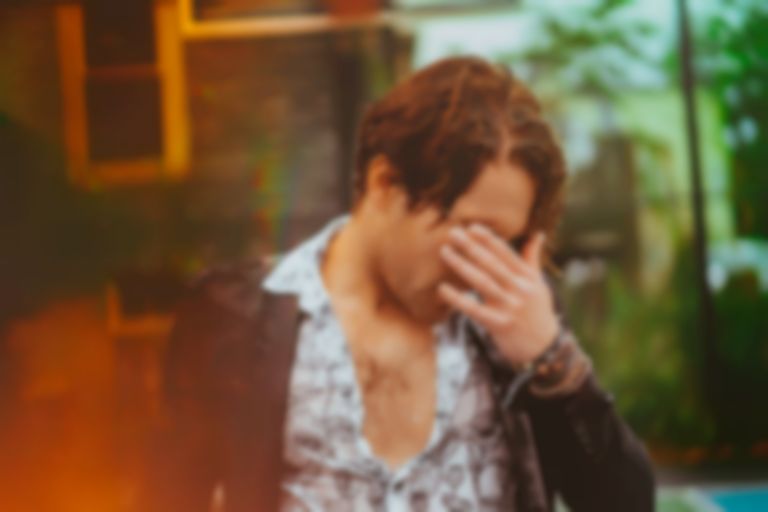 “I feel my sound has been shaped by stories,” says indie pop musician Jake Bennett, as he drops his first solo track.

Bennett hails from England, South Africa, Boston, and now, Los Angeles. As a result, he doesn’t feel that he is “from” anywhere; and his music follows suit, drawing from an eclectic range of musical influences. There’s the indie rock of the bands that inspired him to start in music, The Arctic Monkeys and The Strokes, mingled with his time working with pop writers and producers in LA. Then, there’s the afro-beat aspect that colours the sound with jangling guitar and euphoric choruses.

Growing up, Bennett was lead singer and songwriter of Early Hours, who cemented their place with a string of radio number 1s in South Africa. After breaking national streaming records, it’s an intriguing decision for Bennett to move his career solo, but the core of Early Hours remains as he continues to tell stories that you can dance to.

“I Hope Your Mum Hates Him” was conceived after a phone call from an ex-girlfriend. She told him she was seeing someone else and as Bennett says, “he sounded lovely”. He toyed with the feeling of wanting someone you love to be happy, while resenting them for not being happy with you. “That’s what the song is about,” he concurs, “it’s about wanting someone to be happy without forgetting you exist. Audiences and critics place a lot of importance on vulnerability, but I’ve always loved when artists wear their heart on their sleeve, and then put on an expensive jacket over the top. It leaves the audience with the option to enjoy the coat, or look a little closer at the horror that lies beneath. You hope they’ll be affected by both in different ways.”

Storytelling with a punchline is central to Bennett’s songwriting: “I’ve got a little obsessed with stand-up comedy. As an art-from there’s a lot of weird parallels between that and songwriting. In a good pop song, you’re trying to tell a story or convey a thought in around 3 minutes, without losing your listener’s attention. Stand-up comedy is the same, except you don’t have a band to help you... It’s so concise and it’s so reliant on everything from content to delivery. I’d like to think I’ve learned a lot from that.”

He’s fascinated with endings: “I find it very romantic that every moment, no matter how perfect, is still just a moment that will be replaced by another. I’m inspired by everything that represents that; sunsets, helium balloons, ice cream, hangovers, the feeling of jumping into a swimming pool on a hot day...that’s what I’m trying to replicate.”

Bennett has more songs lined up for the summer, all tracing this same sentiment, and will follow that with a concept EP. He doesn’t want to reveal much about it yet, but he will say that he’s “trying to come out with something where every word, sound and moment has been thought through in excruciating detail. So if you like artists that overthink everything, I’m your guy."