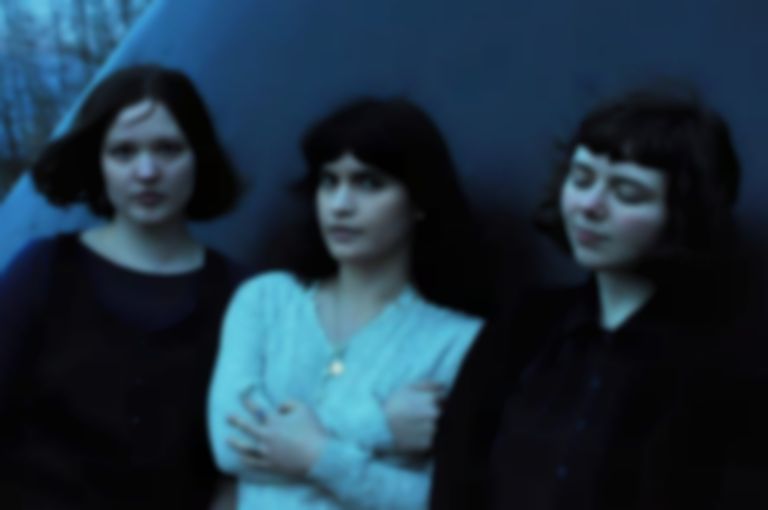 The Pacific Northwest remains a fertile landscape for musicians if the work of Hoop is anything to go by.

Featuring Jagjaguwar's Briana Marela, the track is featherlight, powered initially by a swirling two-note organ riff and Roberts' high, slightly off-key harmonies. Marela contributes beautiful vocals to the bridge and to a staggering, emotional outro accompanied by a gentle twang of guitar.

"Baseboards" cuts like a knife; "I'm not trying to break you / I'm trying to break away" might be something of a generic line about relationships, but when Roberts follows it up with "with my bare back on the baseboards / feeling gullible / and vulnerable" it's such an emotive description of powerlessness and loss, a picture painted of a couple where one half is left completely in isolation through an abuse of (verbal or physical) control. Marela's outro of "you hold me / in a way that / pushes me / away" only serves to highlight the darkness. It's a stunning song, beautiful and unsettling.

"Baseboards" is taken from Super Genuine, which will be out 19 May via Roberts' own Decency Den label. You can pre-order the album on Bandcamp. Hoop tour with Briana Marela this week at Funzone - Santa Barbara, CA (18 April), Taylor Junction - Joshua Tree (19 April), Top Space – Los Angeles (20 April) and Outer Space – Arcata (22 April), with a further show at Perch Coffee House on 21 April