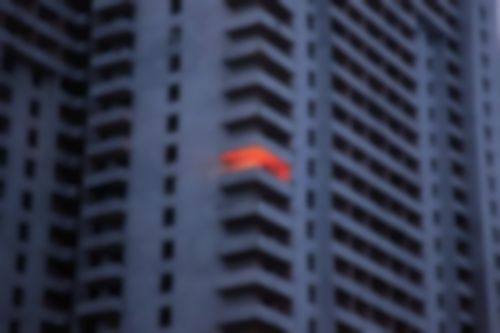 We posted up the first offering from the rather secretive K.I.D.S last week in the form of sprawling 7-minute kraut-esque banger ‘Ragged Old Angels’. Intrigued, we started to poke around and have since discovered that K.I.D.S is a duo consisting of Rosanna (a native of Stockholm) and Charles (from London) who have actually been working together for sometime – developing their sound to such an extent that they now have the backbone for a full-length release almost complete.

Expect the world’s first interview with K.I.D.S coming to Best Fit very soon. In the meantime, check out new track ‘All My Evil’ which appeared on the band’s Tumblr page late last night. A far more “poppier” affair than ‘Ragged Old Angels’; cinematic synths and a yearning hook-laden vocal from Rosanna bind together to create an apocalyptic dose of bubblegum pop.