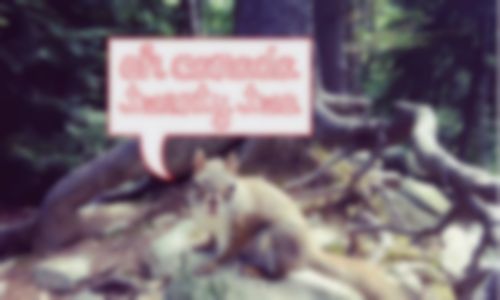 We wanted to kick 2013 off with a bumper Oh! Canada compilation for your listening pleasure. Oh! Canada 22 features tracks we have loved over the last few months of 2012. Throughout the year we will be bringing you more exciting discoveries, emerging artists and new work from long time favourites. We hope it will help you to discover some of your own favourites for 2013.

As ever a huge thanks to all who made it possible. We hope you enjoy the tracks. Stream and download the compilation via the Soundcloud player below. Underneath that, you can find out a little more about each artist by clicking on the song title.

Freelove Fenner – Pineapple Hair
Having contributed to our Ho Ho Ho Canada 4, we thought it only proper we should introduce you to Montreal’s Freelove Fenner. This is the title track from their latest EP, and follows on from 2009s In the Bottle Garden.

Roberta Bondar -Pleather Bed
Straight out of the Studio and in to your ears- this track from Ottawa’s Roberta Bondar carries on where their self-titled record left off earlier this year. Simultaneously fragmented, spacious and snarling we look forward to more from them in 2013

Freak Heat Waves – Correction
Victoria’s Freak Heat Waves recently released self titled record touches on post-punk, krautrock and surf twang and chiming arpeggios over the course of its 9 tracks, which were produced by the late Christopher Reimer

Technical Kidman- Things
Technical Kidman’s self titled EP may be two years old, but that doesn’t mean it isn’t worth sharing. And when we heard the swirling energy of Things we knew we had to share it. The band just played Iceland Airwaves, so hopefully some new material will be on its way soon.

Indian Handcrafts – Bruce Lee
Riffs. More Riffs. A few more Riffs. Zombies. More Riffs. That the noise made on their album Civil Disobedience For Losers was made by just two people is surprising. That the guitarist had a broken hand while recording it makes it all the more surprising. And AWESOME.

Slam Dunk - I Can’t Stand It
Victoria’s Slam Dunk follow up their excellent debut with another album rammed with classic Rock N’ Soul swagger. Horns? Yup. Gang Vocals? You got it.

Tusks – In The Beginning / Give It Time
Tusks latest ‘Total Entertainment’ is half an hour of sweet harmonies, jangling guitars, dry humour and finely crafted, complex pop songs.

The Zolas – Knot In My Heart
Vancouver’s The Zolas made a welcome return in December with sophomore album Ancient Mars. If the bouncing Knot In My Heart is anything to go by we should be in for a treat.

Ladyhawk – No Can Do
After far, far too long away, Vancouver’s Ladyhawk return with a follow up to 2008’s Shots. This jangling power-pop masterclass with its spiralling lead line is the album’s title track. Its great to have them back.

Joshua Van Tassel – Sneaky Beard
Released on the new Backward Music imprint based out of Halifax, NS, This track finds Van Tassel, who has acted as side man to the likes of Doug Paisley and Justin Rutledge amongst others, showcasing his subtle blend of electronics, strings and delicately picked guitar

Jenn Grant – I’ve Got Your Fire
High calibre folk-pop from one from one of Nova Scotia’s finest. We are always keen to see what she will turn her hand to next, be it mornful covers of Eye of the Tiger, producing elaborate dance routines or collaborating with fellow East Coasters including Rose Cousins and Old Man Luedeke as she does on new album The Beautiful Wild.

Woodpigeon - Mandobird (For Foon)
Having just returned home following a US tour with Patrick Wolf, and an appearance at End of the Road’s Christmas Party, Woodpigeon present a track from their tour only “Diamonds” album.

Old Man Luedecke – Tortoise and the Hare
Direct from the Banjo Underground- one of the East Coast’s finest pickers and storytellers, headed to Nashville to record his latest “Tender is the Night’, where he joined forces with some of that city’s finest bluegrass players to work with a band for the first time.

Whitehorse – Devil’s Got A Gun
The husband and wife duo of Luke Doucett and Melissa McLelland return for a second collaborative album as Whitehorse, Doucett bringing the twang and the grit, while McLelland brings out the sweetness in the melodies here. The album, The Fate of the World Depends on This Kiss even contains a track recorded with Edmonton’s Shout Out Out Out Out.

Paper Lions – Ghostwriters
These Prince Edward Islanders released the At Long Creek EP as a free download ahead of their upcoming album. This track sees them breaking out the acoustic guitars and pretty harmonies.

Brasstronaut- Revelstoke Dam
Named after a huge power generating dam, our own Andy Johnson described this as flute driven “rumbling quasi-medievalism”. And boy do we like the sound of THAT.