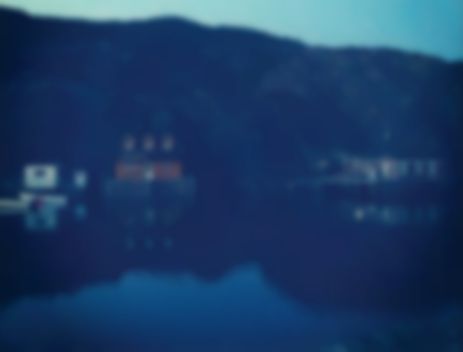 Oh! Canada returns with our 21st compilation aimed at showcasing some of Canada’s finest new music. Kicking things off this month is a track from the forthcoming Kid Koala record 12 Bit Blues, due later this year. Kanada 70 just put out a record as part of Constellation records Music Fragile 02 release, which is full of drones and surging pulses. Meanwhile, Kanada 70′s workmate at the fantastic Toronto record store Soundscapes is part of the city’s best soul-pop party band Steamboat, who finally released their debut album earlier this year. We’ve got pummeling riffs from Southern Lord signings Burning Love sitting alongside the fuzzy garage-pop of Montreal’s Solids, while Cousins and Cold Warps also serve up a gloriously off kilter garage-rock sound.

Ensuring Oh! Canada is as topical as ever, Ottawa’s Silkken Laumann are named after a Canadian Olympic rower, although quite what she would make of the slinky electro-pop made by the band, which includes Rolf Klausener and Pat Johnson of The Acorn, is anyone’s guess. Ohbijou’s Casey Mecija also recently unveiled a new project, and we are delighted to bring you the first outing from Warm Myth. Elsewhere we have a track from Montreal’s prolific Sean Nicholas Savage, taken from his latest record Flamingo, released through Montreal’s Arbutus label, while Hooded Fang frontman Daniel Lee adds his voice to Chrome and The Ice Queen’s frosty ‘Stealing Hearts’.

We’re to present a track from the latest album by long-term Best Fit favourites The Wooden Sky, who will be heading to UK shores in the autumn. We close this month with a selection from Eric Chenaux’s Guitar and Voice, a meditative, minimal record which, as the title suggests, relies on nothing but Chenaux’s hushed croon and his dazzling experimental guitar work. We hope you agree its a thing of beauty.

Download the entire compilation as a complete set here.

If you enjoy what you hear here, please be sure to let the artists know, go out to a show or buy a record. We have encoded links into the metadata of the downloads so you can find out more and hear more tracks by each artist.

Our thanks go out to all those who made this edition of Oh! Canada possible, and of course to all of you who continue to support the artists who make them happen. Once again this months artwork was created by the gentleman Jon Janes.