Evening Hymns are back, making a very welcome return after what feels like a lengthy absence. The Toronto based bands last album, the sublime Spirit Guides dropped back in 2009, with the following years proving to be emotionally turbulent for leading man and chief songwriter Jonas Bonnetta.

The new record Spectral Dusk presents a moving and intensely personal meditation on these past few years, on life, family and Bonnetta’s late father. Here he takes us through some of the memories, moments and emotions that inspired the tracks on the record.

Find out about the release information for Spectral Dusk by clicking here.

The record opens with a field recording made in a place called The Burn which is where my dad shot his first deer. It’s north of Mazinaw Lake in Ontario. My brother Jake and I cross-country skied deep into the woods and made this recording last February. The snow was over our knees.

I began writing this song while on a train from France to England on our first tour of Europe. Sylvie was asleep and I was thinking about where I was at in dealing with losing my father. Searching the reflection in the glass of the train window for answers, I tried to create something intimate sounding in mono to have it explode and open the record into stereo halfway through the track. Still like the idea of “singing hymns to call someone in” as a practice…

I’ve often felt obligated to associate with people in my life based on traditional family structure. This is about severing a lot of those dysfunctional relationships.

This is one of the first songs that I wrote for Spectral Dusk and it was a turning point for deciding how personal I wanted to get with this record. Jake is my younger brother and Dad and him had a pretty amazing relationship. After Dad passed away, I went through a bunch of his stuff and found all these receipts he had kept from coffee shops and breakfast places and I had these strong images of him and Jake going out for coffee or breakfast before going to work on the sawmill for the day. The two of them always scheming a trip north to the moose hunting camp or dreaming of something. I’ve liked this idea of Dad still being here guiding me by setting a precedent in how he lived his own life. As if although he is gone, he is still there teaching me how to be a better man.

Cabin In The Burn

I wrote this song at my cottage a few winters ago. I drove up by myself for a few nights of recording in the dead of winter. I packed up every piece of musical equipment I owned and some food and whiskey and got up there in the early evening. I set up everything, after carrying my gear through waist deep snow down to the cottage on the lake. It’s not really setup for winter living. I got the furnace going and cooked some food and started to record. Out of nowhere the cottage began to shake and howl and I opened all the curtains to see a massive winter storm blow in off the lake. It was intense. Knocked out the hydro, the furnace, etc. I eventually called an older man who lives down the lake to see when he thought the hydro would be back up and running. He said probably not for at least a day. I guess they had just got it going again, after a few days without electricity, just before I had got up there that evening. With the wind howling and no heat the cottage instantly froze up and I had no choice but to pack up and head for home through one of the snowiest winter drives of my life. I started this song that night in the cottage and the rest of that night inspired a lot of the imagery in the song.

Asleep In The Pews

Actually fell asleep in the highest pew in the church while watching a friend play music, thinking of how we relate to one another. How sadness is a hard thing to explain to people sometimes. Having someone you’re close to die is like entering into a club or being passed a secret. I had certain things reveal themselves to me that I never could’ve understood before.

Spirit In The Sky

This song was written as an intro into ‘Irving Lake Access Road’. I wrote a big list of things I related to Dad. Images of us as kids playing with him. Swimming, hiking, fishing. Just meditated on my youth with brothers. The idea was for the song to be dreamlike and have the long string piece wash in and take it away. To carry it out to sea.

This is the road that leads through The Burn. It’s a massive forest that was destroyed in a huge fire in the last century and then replanted eventually. I’ve spent a lot of my youth roaming those logging roads with my Dad and friends. In his last few years when he was still able to drive, Dad would go out here on the weekends with his coffee and his pipe and just drive the roads looking for deer.

Song To Sleep To

I wrote this many years ago while Dad was still alive. It was supposed to be like a spell or something, that I could play and heal him. We were almost finished making the record when I remembered it and played it for James in the studio while we were mixing. We just turned microphones on and captured it really quick. Still remember being hunched over my grand piano in my old dusty studio in Peterborough, Ontario writing that song when we were first trying to get used to the idea of losing Dad so many years ago.

Listening to the original ‘Moon River’ one night in my old apartment, it’s sentimentality and melancholy totally killed me. I was thinking of original love. True love. How sad yet romantic it is to die with the one you love. How much my parents were in love. Mom taking care of him. It’s one of the most beautiful things in the world. Hoping that I get to die with the one I love.

This was the last song we recorded during the initial session up in Perth. Everyone lying on the floor in the dark. We saved this song for last as it was just me and a guitar. All the lights out. The wood stove giving us a bit of orange light across the floor. Everyone on their backs with glasses of whiskey. You can hear an ice cube crack in someone’s tumbler about 20 seconds into the song. Recorded about half a dozen takes and then that was it, a bunch of hugs and some tears and then more whiskey.

The record finishes with another field recording from The Burn. You can hear Jake and I hollering off this ridge about a kilometre away. We had hiked away from the recorder and way up on a cliff to have a can of Dad’s favourite beer and to smoke the pipe tobacco he always did. We lit a bonfire and talked before we went back to the recorder. It wasn’t until weeks later when I listened through to the whole recording we made that day that I heard that faint yelling. Seemed fitting that we would leave it in there. 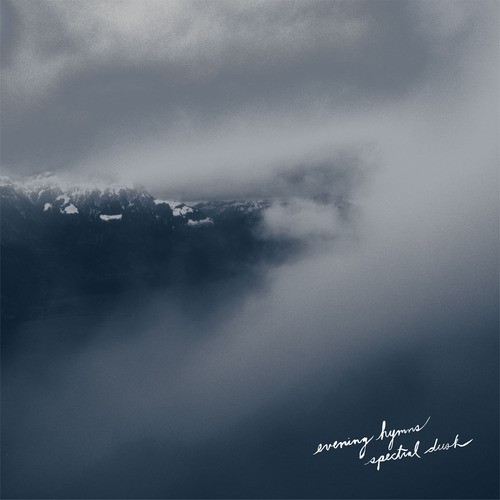