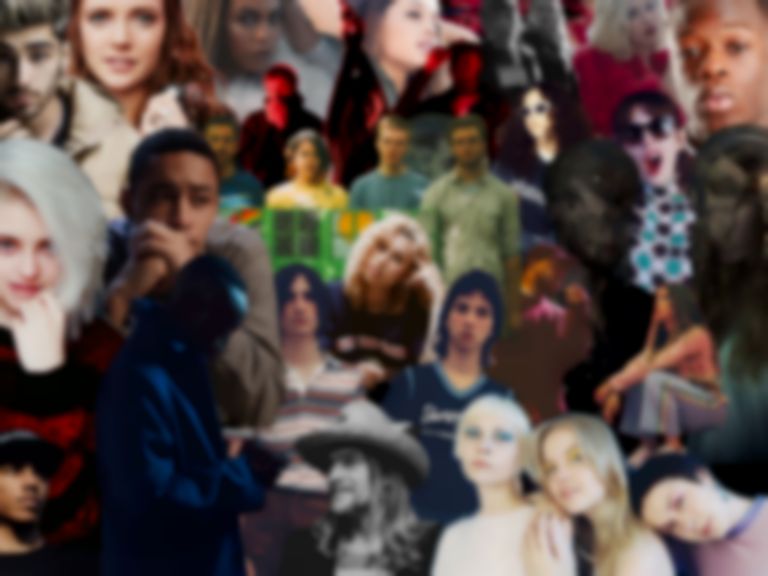 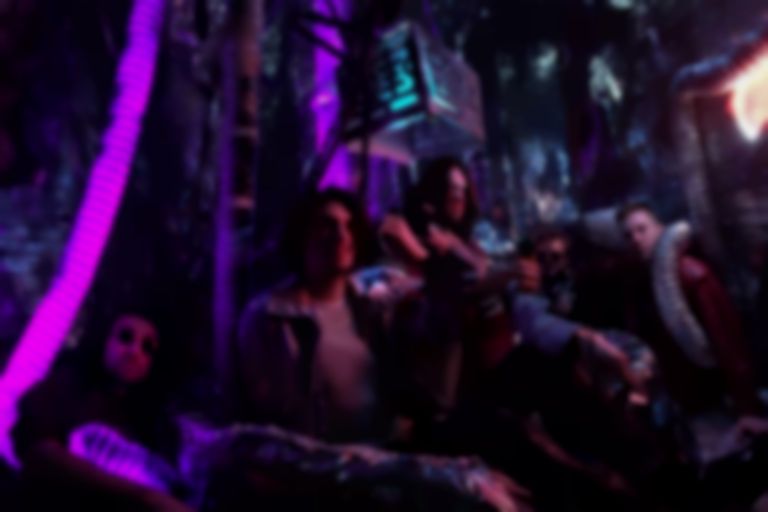 Perhaps the most sonically and aesthetically ambitious new band this year, South London’s Sweat have spectacularly forged ahead with a sleazy indie/dance hybrid that’s nicely gestating as we head into 2017.

“Acid Rainbow” brushes confident synth and guitar hooks against glo-fi edges, sounding both of its time and somehow not. 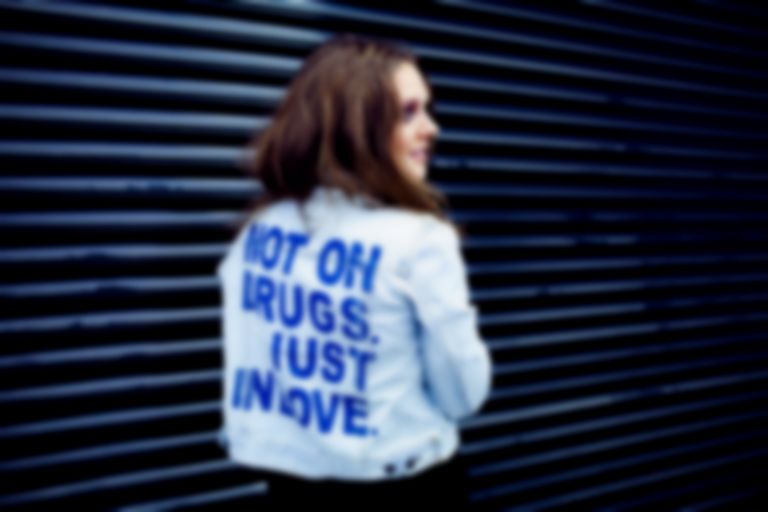 On the surface Tove Lo's “Cool Girl” is a pristine nugget of pop pleasure, with wobbling basslines and drops galore, arguably the catchiest chorus of 2016, and Lo's innate charisma slathered over the top.

Beneath the overt glamour, there's an addictively dark streak inspired by a speech by Gone Girl's titular gone girl – there's a thrilling, icy bite that keeps Lo's edgy pop antics of LP1 alive and well. Lo keeps you crawling back for more on “Cool Girl”, and after the final, fuzzed-out refrain fizzles into the ether, you'll be whacking it on for round two (or three, or four...). 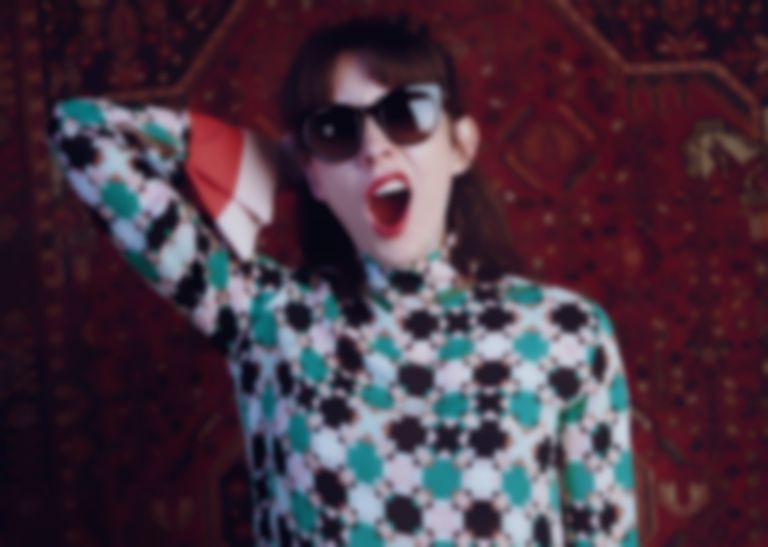 "Get Off" by Zuzu

From the first angular jags of guitar on Liverpudlian Zuzu’s debut single “Get Off” the influences are writ large. Laconic like Courtney Barnett – letting her native accent come through in the vocals like the Aussie – and sharply witty, Zuzu makes music which pulls from both ‘90s alt. rock and the rich heritage of her home city. Yet “Get Off” remains exhilaratingly fresh.

From the loose-limbed verses to the explosive chorus and rocket-fuelled solos, this track is never anything less highly animated and totally addictive. The sort of song that might leave you ragged-throated at the end of a show from too much hollering, “Get Off” surely only signals just a little of what Zuzu has in store for us. 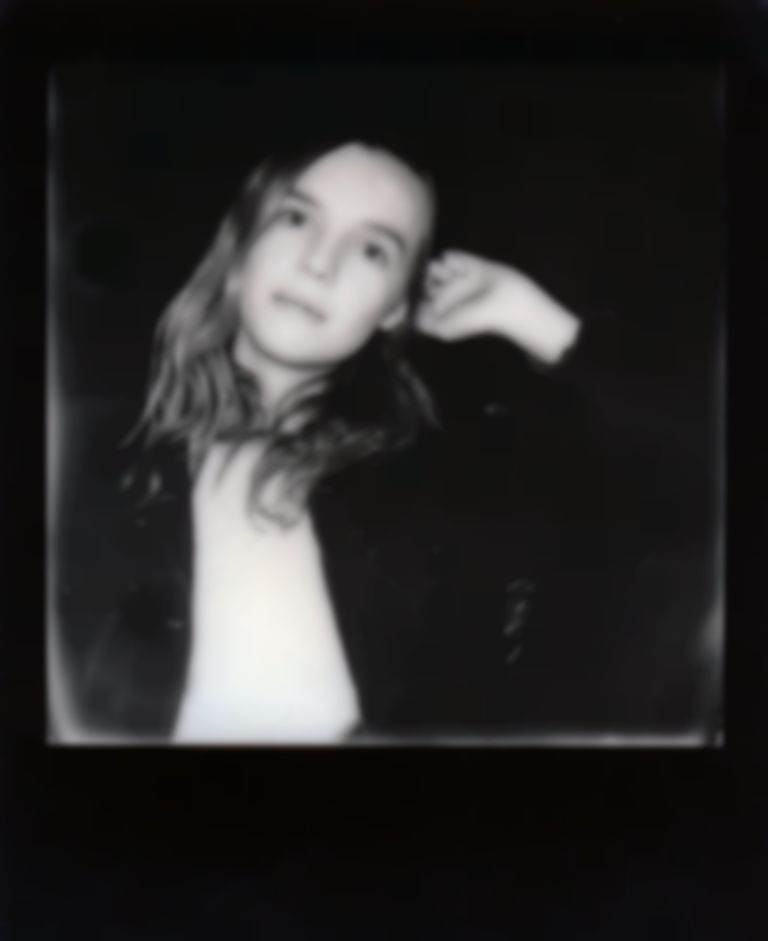 "Good Side In" by The Japanese House

Dirty Hit-signed producer/singer Amber Bain, aka The Japanese House, takes bold steps on “Good Side In”. It's a supremely chilled wisp of dreamy electronic pop, with subtle funk flourishes and drips of '80s glitter dropping into Bain's frosty synthery. It's endlessly catchy, and in years gone by might have been slapped with with the folktronica tag thanks to the beautiful blend of bucolic guitars and electronic magic, but these days we're content with just calling it magnificent. The track appears on latest EP Swim Against The Tide, which features additional production from labelmates Matty Healy and George Daniel (The 1975). 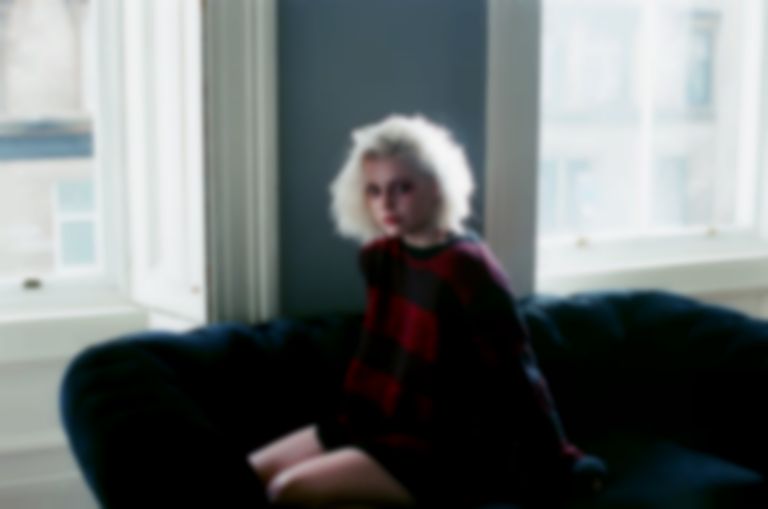 KLOE is one of those over-achieving youngsters who make you wonder what the hell you’re even doing with your life. The release of “UDSM” (ie U Don’t See Me) followed that of the 20-year-old’s debut EP, Teenage Craze, and saw her sound pushed in a glitchier, club-friendly direction. As the track opens, we hear her murmur “You know what it’s like; he has the ability to make you feel like the most important person in the world, or nothing.” It’s the perfect picture of teenage infatuation and melodrama, set to pulsing electro-pop.

The conversational feel of KLOE’s lyrics, coupled with her still-audible Glaswegian accent, are all part of the track’s charm. “I’ve heard that you’ve been fucking that girl Emily,” she delivers, deadpan, before the beat thuds in for emphasis. “UDSM” is a burst of cliché-free pop that sounds how every hit-maker right now wishes they did. 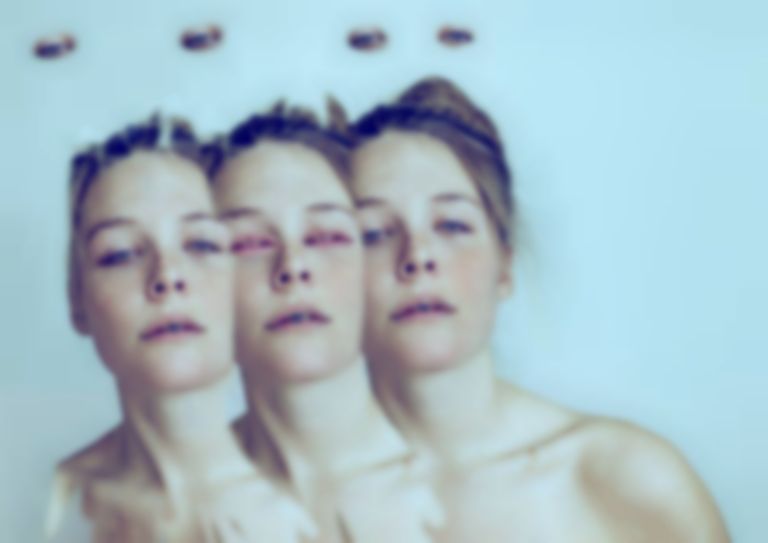 Maggie Rogers came to public attention in June when a video of Pharrell Williams listening to her track “Alaska” at a masterclass at the NYU Clive Davis institute went viral. Rogers explained how her music reflected a confluence of her folk origins with a spiritual awakening to electronic music whilst studying in France, and looked on coyly as Pharrell appeared lost for words at what he heard. But whilst Pharrell’s whole-hearted endorsement undoubtedly gives “Alaska” an endearing narrative, the track speaks for itself.

It's a song about introspection, as its singer walks ‘through icy streams’ and ‘over glacial panes’ and reflects on the past. Its cold imagery is reflected in its musical textures, as is its sense of comfortable loneliness in its sparse composition, whilst subtle but catchy rhythm changes constantly guide its listener along. The song’s official video dropped back in October, and sees Rogers strut confidently from an idyllic field at dusk into a hedonistic nighttime forest rave; its a different artist to the bashful one we saw in that NYU studio, and rightfully so. Rogers deserves to strut into 2017 with every ounce of confidence. 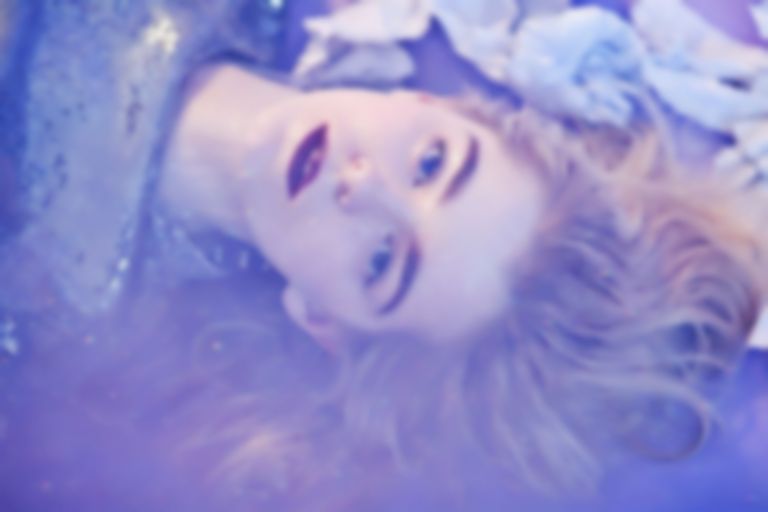 Casi's bold pop manoeuvres so far are glittering and moreish, pouncing on our senses and dragging us through the emotional gamut with songs about “emotional and political paralysis”. Raised in North Wales, speaking only Welsh until age eleven, but now based in Hackney – and signed to the impressive Chess Club (MØ, Skott) – Casi is a tantalising prospect, showing with just one AA-side that she has the chops to dominate. “Lion” is the leviathan synthpop centrepiece of this release with huge emotion and huger hooks – it's a staggering outing that wraps itself round you and drags you into Casi's brave new world. 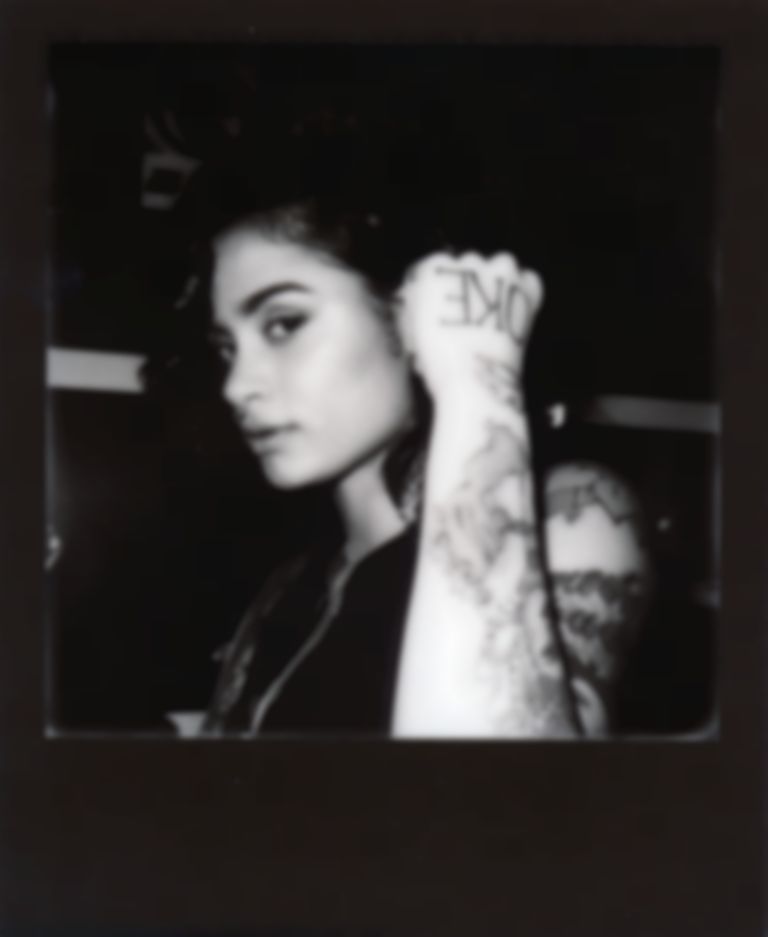 What do you get when you combine the slick R&B stylings of Oakland native Kehlani with the ferocious lyrical dynamite of London's Little Simz? Slick pop gem "Table" is the result and everything we could have wanted and more.

Based around a sample of SWV's "Use Your Heart" (with its Neptunes beats), spacey synths fade in and out over a heavy slow bass, while the two share vocal duties, topped off with a soulful, catchy as hell melody. "Table" not only ramps up the anticipation for Kehlani's debut LP, but gets us even more excited for the prospect of these two powerhouses combining forces again - and judging from the video, we thankfully won't have to wait too long. 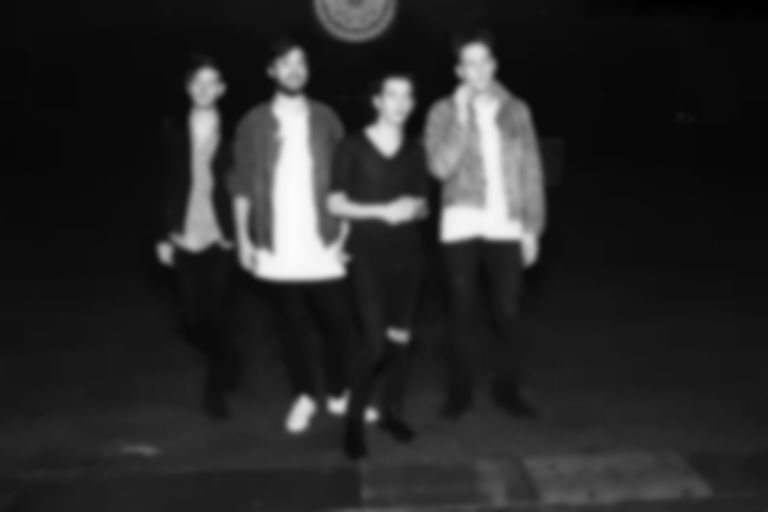 I don't think there's been a band more divisive amongst our readers, my friends and other music writers in a long time quite like The 1975. Every accusation levelled at them can neatly be subverted into high praise. Depending on how you look at it, the Manchester four-piece's 2016 album was either a canny and inspired update on INXS' Kick or an only marginally interesting take on quality mid-‘80s pop.

Of course I believe the naysayers are wrong - of course - and time will prove that. I’d hold up “Somebody Else” as a perfect example of Healy and Co’s briliance. It’s pop worthy of One Direction but in thrall to the greatest bands of the last thirty years. It’s band slowly feeling its way around how a song works and learning the bumps and edges. It understands the lyrical purpose of a pop song but wants to be something so much more. Like the best bands, they know their limitations and desperately want to overcome them. They will. 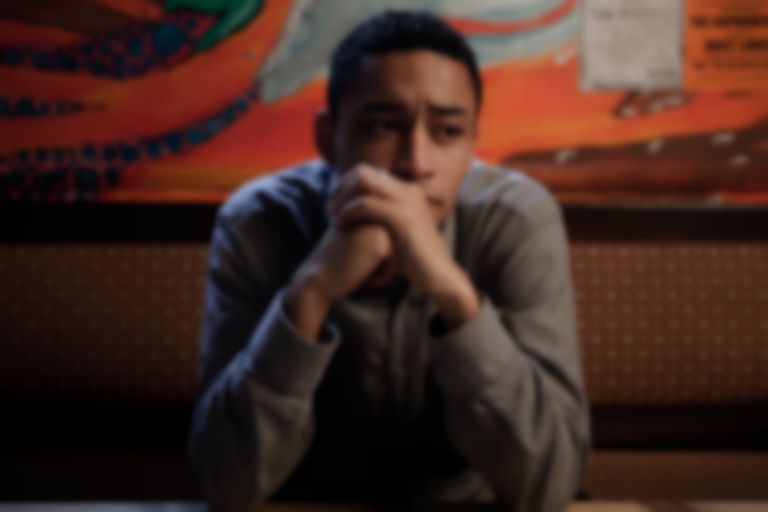 Loyle Carner has a way with words. No else quite comes close to his playfulness and earnest, refreshing lyricism - and nowhere is that more evident than on “No CD”. As he spits bars about peas, Jay Z, ODB and old CDs we get a real insight into his world - one populated with funky beats and a rich tapestry of influences, one with records stacked from floor to ceiling and a little strapped for cash and ultimately one in which Loyle never stops chasing his dreams.