Sometimes it’s the smallest decision that has the biggest impact on your life – just ask O Children frontman Tobi O’Kandi. 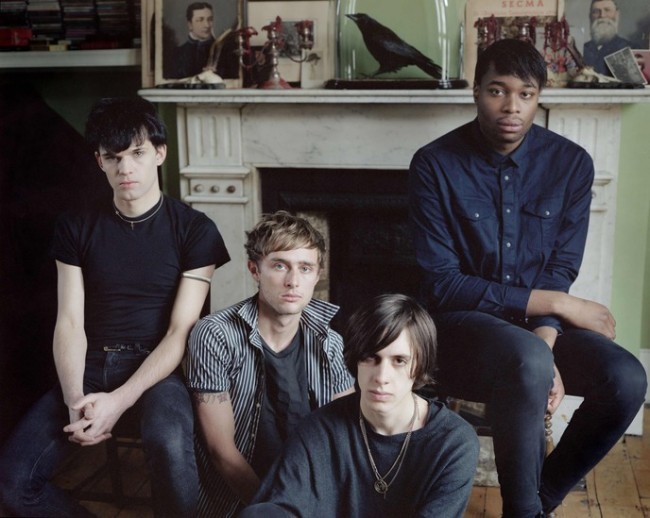 So what can we expect from the new album? Tobi reveals it might not be as gloomy as you’d expect: “Well for one it’s not as ‘dark’ as the first.” Really? Even after what he’s gone through? “This wasn’t a conscious decision; it’s really just the way it came out. I think it’s because with all the depressing stuff that was going on with me, I wanted to make an album that people could escape their worries in. The first album was kind of a downer; let’s not lie, so we wanted to have some fun. It’s also a semi-autobiographical album, which again I didn’t really set out to do, but I think a lot of people can pick it up and relate to it. We’ve all got the same worries, and this album basically tells you it gets better.” In discussing the sound of Apnea I mention that it does sound brighter, but also that it mixes things up stylistically. For example, ‘Chimera’ is fantastically danceable, and then ‘PT Cruiser’ goes another direction with epic riffing – what’s going on there? “There’s a load of different sounds all through the album. That’s why I get the feeling it’s going to surprise a lot of people, either in a good or bad way.”

Tobi goes on to answer those who call O Children a “Goth” band: “We never said we were a Goth band, everyone else did. I just don’t like writing about happiness and ‘chilling’ or whatever because it’s not how I live – maybe if we become millionaires that might change.” The lyrics to ‘PT Cruiser’ confirm a lightness that we might not expect from the band on first listen: a paean to the Chrysler model that you either love or hate, it finds O’Kandi intoning “my PT Cruiser is white”. What’s going on there? “I just had the idea of a teenager with the freedom to do whatever they want, being able to hang out with their friends and be completely young and free.” It turns out this is something Tobi wasn’t able to do as a teenager. “I also thought it would be funny to have him in a PT Cruiser rather than a Lamborghini. Everyone talks about Supercars. I like to root for the underdog.”

Tobi produced the album himself and rather than adding pressure to his life with a heavier workload, he found it a liberating experience: “It was amazing; the freedom of being able to do whatever you want really does make the album process a lot less taxing.” So there was no desire to get someone from outside the band to help? “You don’t have too many cooks spoiling the meal,” says Tobi. “This isn’t to say having a record producer present isn’t a good way to go. It’s just that I’ve been producing records for a while now and we just thought it might be a good idea to do it ourselves.” When making the album was there a band mantra to follow, or any music that influenced the recording? “Not really. We’re just on the slow burn so we don’t get jaded or fade out too soon. I listened to a bunch of blues and Motown and an unhealthy amount of hip hop.” Does that reflect itself in the music or the way the album was produced? “That helped with the production aspect of the album,” says Tobi. “We decided to strip back the reverb, add some more melody and basically not sound like anyone else right now. We wanted to do our own thing.” And he’s probably right; Apnea is an incredibly individual record, one that whilst taking on a lot of influences is very hard to directly compare to other records in 2012.

I end by asking what’s next for O Children; now that all Tobi’s problems are resolved they must be desperate to get going and move on? While certainly positive, Tobi sounds a note of caution: “We’re waiting for the release and gauging the feedback before anything else, we’re playing it from top to bottom at the album launch. We’re also doing a European tour and hopefully the States. It’s been a long time coming!” You can forgive Tobi for being wary of taking too big a step too soon but, musically at least, I don’t think he and the rest of O Children can have too much to worry about.

Apnea is available now through Deadly.