Martha Hill found her home pushing the envelope for experimental pop, but the journey there was one of personal, musical and geographical exploration.

Martha Hill is a divided nation. She’s someone who, upon leaving home at 17 while all her classmates were heading to join the queues into universities, decided that music was calling.

Hitting the road, with her guitar and a few basic supplies in tow, Hill began her odyssey into figuring out just how to scratch that wandering itch. However, now at the age of 26, she’s also someone whose flag is planted in literal foundations - with a dog and her fiancee in their home.

It’s this second version of her that shines on her latest EP, third outing Dog Hearted Man, and also sits before me on Zoom. The warm nature of her new homestead, and her jubilant Geordie accent both tangible, even from up in the North East.

Dog Hearted Man is filled with on-the-nose lyricisms concerning the mundanity of life, and packed full of her unique take on pop music that digs into the soil of Hill’s life, letting the blossoming frankness voiced by her lightly husky vocals flourish. All set amidst electronic elements packed lightly amongst the delicately plucked strings of acoustic thumps - this is Hill’s new groove.

Her third outing also differs from her previous two in that it understands her new stable world. There’s no yearning for more - be it from someone, or somewhere - though Hill's tug of war is far from over. 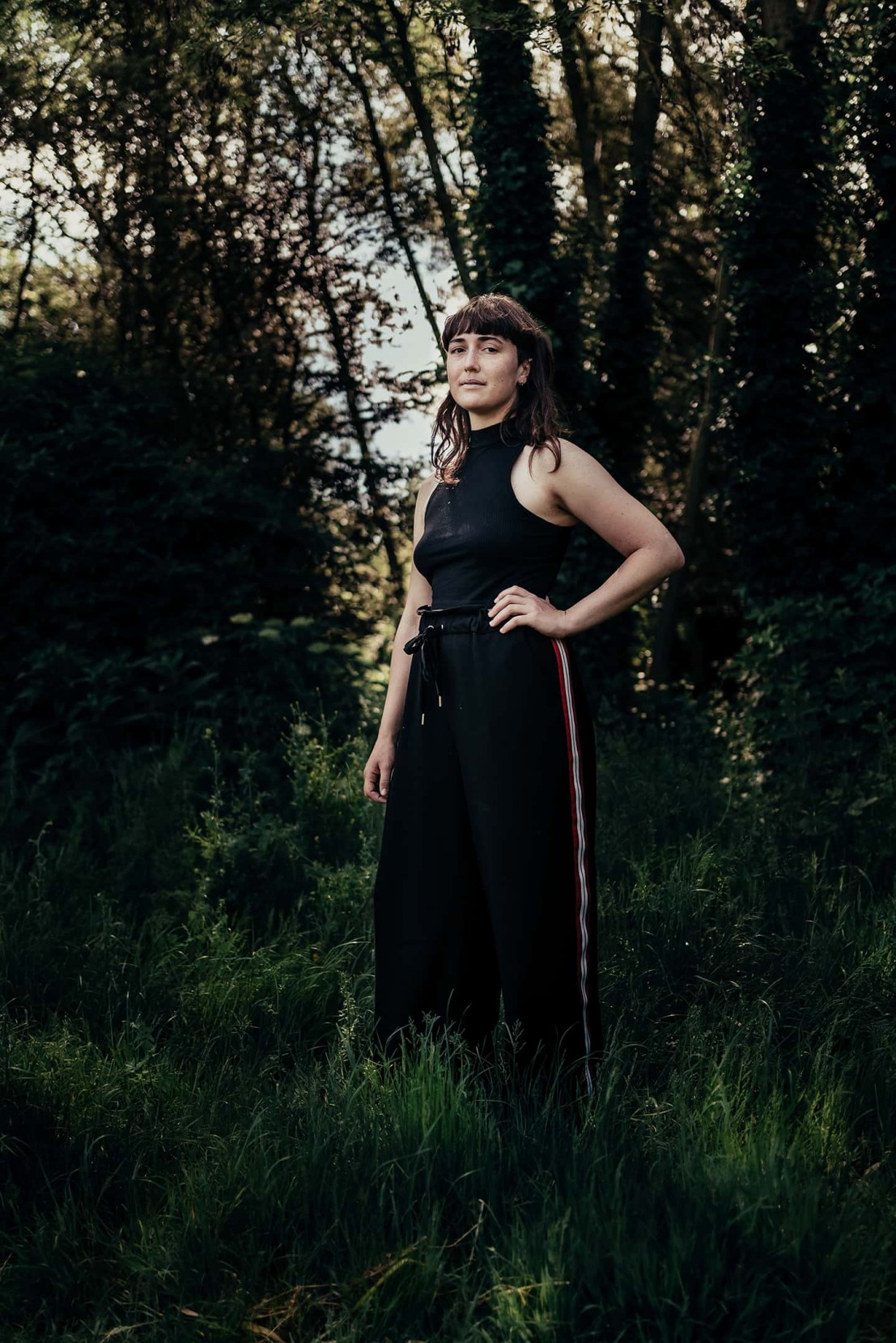 Born in a remote reach of West Scotland, Hill found herself busking her way around mainland Europe at an age most were simply learning to drive. A bold move for a decision rooted in one simple aspect, belief. Her musical beginning was simply that of a hobby, noodling here and there.

Often, those times on the road for Hill were hand to mouth. “Sometimes I would find a gem of a city and like I would do quite well,” she mentions. “And other times I'd be in some village in the north of France, literally making two euros whenever a coach load of old people happened to walk past!”

It’s thinking about these past times that lead’s Hill to commenting on her current state of play. “It's kind of funny because I think maybe I’m just a bit of a chronically dissatisfied person,” she says shrugging with a hearty chuckle. “Which I've just come to terms with and that's fine.”

Returning from her European jaunt in the hopes of taking her music career further, and relocating to her current homestead of Newcastle-upon-Tyne, she swiftly signed up as trombonist for folk-rock band Holy Moly and The Crackers.

Those days of traversing the country offered Hill an insight into the ways and workings of the world, but more importantly, how Hill herself recognised the duality of being on the move. “I was travelling and wishing I was a professional musician, and [now] being a professional musician and wishing I was travelling. Like, you have to appreciate the bits that you're in.”

“So I would come back to Newcastle, and busk on (the cities major shopping street) Northumberland Street and be like, ‘I want to be a musician’. Obviously, nothing would happen because I didn't even know what that meant or how to get about accessing that world at all, and then [I’d] go off and travel.”

Jumping on the next vehicle out of Newcastle to see if she could make her ambitions stick indeed feels like an act rooted in naivety - but that’s where all the best-laid plans come together. Hill’s understanding that The X Factor route involved getting “found when you're sixteen and you know, becoming global overnight,” indeed sounds impossible. Yet, her very own grassroots, boots on the ground, road-weary traveller tale lends itself to much more difficult and exposing circumstances, and far more rewarding.

“I was just around like Mediterranean Europe, mostly Spain, Italy, Portugal, France. You know, I've been into Germany as well a bit,” she says listing her general navigation. “I just went overland, and you have to be in countries that you can busk in to make money.” She continues. “So, it was a bit limiting in that in that sense, but also freeing because the way that I was doing it, I was sleeping in tents in the middle of cities. Stuff like that you couldn't do in lots of countries.”

Covering more landscapes than most young acts can these days - particularly in this locked down, political minefield of a modern age - Hill’s choice is one that she wouldn’t change for the world. “That was definitely the route for me like, building things yourself and having autonomy over what you're creating. I’m happy and proud of the route that I ended up taking with it.”

Deciding to leave the nomadic life behind, Hill set out on her own once more, this time with a bigger plan in mind. Her first endeavour came in the form of the ironically titled Be Still EP - the origins of which are as hand-to-mouth as those rambling days. 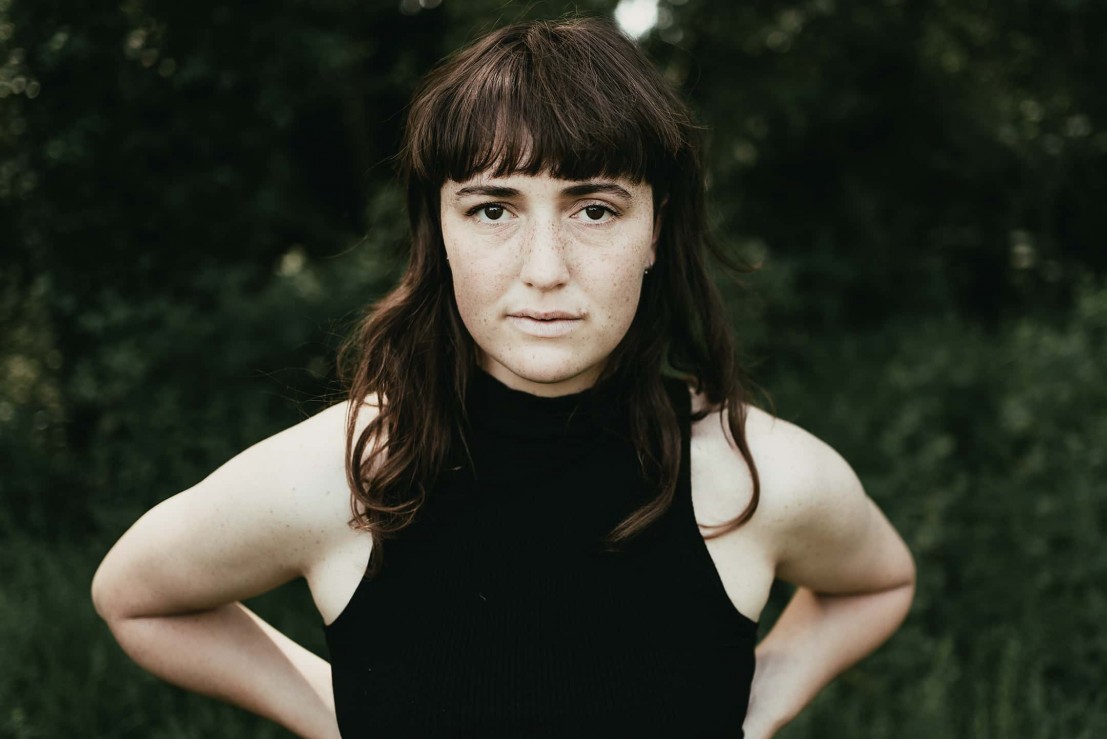 Going over to Dublin to record where Hill had “to busk for a week to save up the money to record the songs” then returning home, each session helmed by a different producer. All eventually leading to her debut body of work, one that feels as wide-eyed wandering as its subject matter attests.

Harking back to her formative busking years, Hill notes that getting a series of funding for her first EP also led to the realisation that music, and the ability to create, is really “all tied in with finances.”

“The Be Still EP is well scrappy, but I like that about it. It's honest, you know, that's what it was like. I wrote, recorded, released, promoted, was booking agent, was a manager - I was completely independent - now I've got a bit more of a team and I can focus a lot more on the creative side of stuff which means it can be a lot more kind of succinct.”

Hill’s odyssey into finding her stability also involves constructing a legacy. Curating a festival lineup in conjunction with Alphabetti Theatre in 2019, the perfectly titled "Woman Are Mint" consisted of local and national names. Unable to return for its sophomore edition, this years format came as a live stream, with various workshops that no doubt a younger Hill would have devoured. But this is all just another peg in Hill board of extraordinary achievement, as someone who just does stuff.

Her second EP Summer Up North came with an equally as fraught backstory. Recorded during last years lockdown over various Zoom sessions, with Hill sending vocal takes recorded in her living room to producer Julien Rouen. “You can only get certain quality when you're doing it over Zoom,” she says head in hands laughing, “I like the story behind that as well.” But finally, Hill has managed - third time lucky - to live that truly succinct experience that every artist should have.

“It's funny, I think, quite a lot of the tracks on [Dog Hearted Man] are reflective in a nice way that's like looking back and being like, I've had a mint life so far and that's class…that was a fully like Northern sentence!” Pausing she bursts out laughing. “But also quite a lot of the tracks are also talking about how being settled is kind of restless for me and there are parts to it that I am not that in to,” she nods to “Drive Me Away” and “25”.

“As I was just saying, getting out last week was really important to me,” Hill had spent the previous week on a camping trip down in Cornwall. “This is the longest I've stayed still since…I left home when I was like 17. I didn't spend more than two months in one place between the ages of like 17 and 21.” 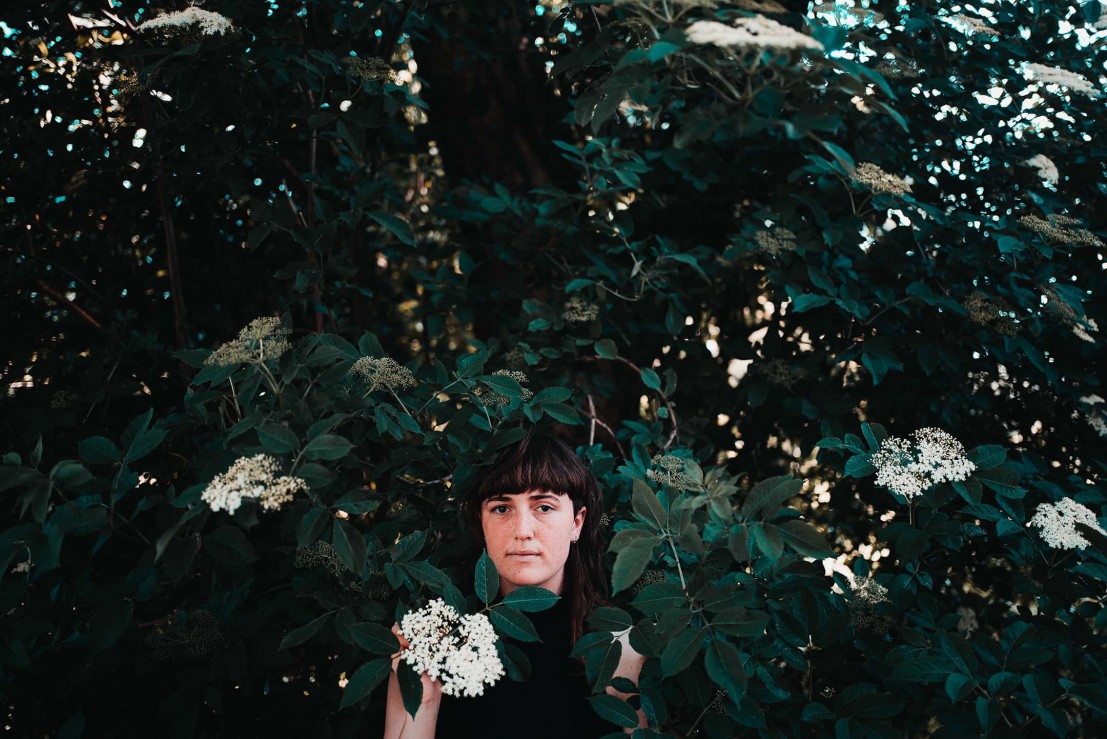 This constant movement in her life is what’s led to all Hill’s output invariably holding a searching, wanting or general displacement, be it romantically or on a larger scale. Dog Hearted Man still echoes this, but inversely so. "A lot of the songs kind of look like settling down, and I'm settled down - and I'm happy - but also there's a wee bit of a spark that sometimes you miss when you’re settled.”

The crux of this static travellers position is neatly summed up in the closing track of Dog Hearted Man. “Alter Ego” is quite simply about being unsure if you want to leave the comfort of your couch to go socialise. A new realm for Hill, given her previous penchant for road travelling and pitching up wherever she landed next. But it’s the simplicity of this conundrum that lends itself to Hill’s maturation.

Chewing on this point she says: "Every age has its kind of emotional baggage or whatever, but I think your mid-20s is kind of funny because you're not a teenager anymore, you’re definitely past that. You're not that student age where you can just do whatever you want and like make a mess and everyone says ‘Oh, don't worry they're only 20-21’…this isn't the prep for my life. This isn't like the bit where I mess around. This is ‘I'm doing it’.”

This is where Hill differs once again from most. When she set off travelling solo, attempting to forge a career in music and then joining a proper gigging band, she notes she was “thrown straight into the adult world…I was always shockingly young.

“I'd be travelling around and living with these people who were in their mid-20s And they'd be like, what the hell you're 17 you're 18 years old and, and it was a surprise and now suddenly to be of that age and it’s ‘Oh…you’re 26’,” she delivers laughing with an eye roll. “So, it kind of felt like I was always winning when I was younger because I was always surprisingly young! The movement of time is freaky and stressful.” 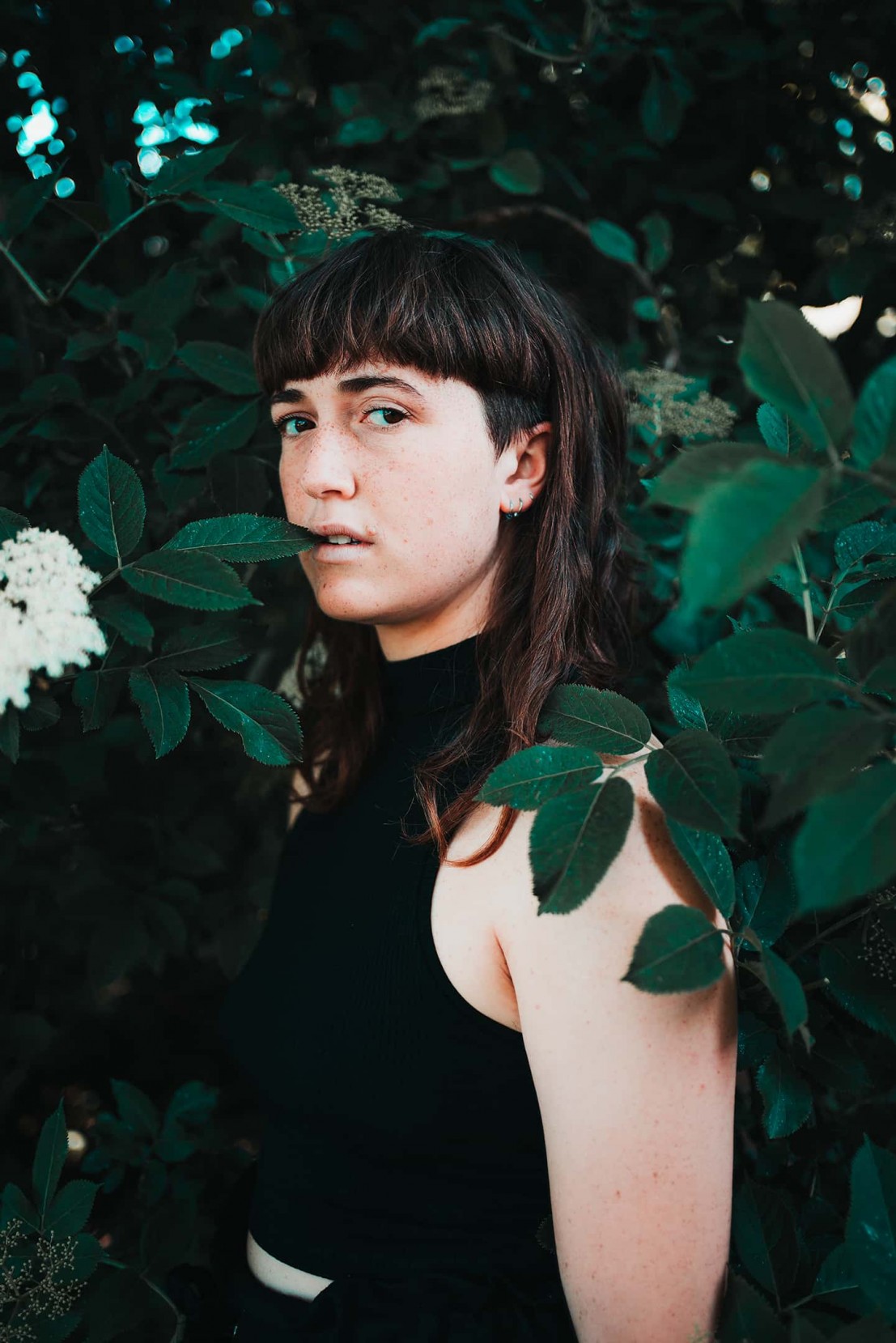 On the subject of times impending continuum, there’s been no real ill-effect of Hill being put into reality so early on while most attempted arrested development at university, her new way of stable living; being engaged ("I'm getting married in September!” she enthuses); owning a property; owning a dog, “you don’t get much more adult than that, do you?”

This all leads to Hill accidentally musing upon her defining ethos, and essentially her mission statement for the near future. It is indeed all forward motion now, after all, the past is for reminiscing, not re-living. “You can have nostalgia but I would never want to go back and be like a penniless 18-year-old living in a squat in the Canary Islands.”

“I've not completely shut the door on that chapter, it’s just changed, which is how life should be,” she ends remembering the cautionary tales she’d stumble across. “You would occasionally meet - I don't want to knock people - but you would occasionally meet these like middle-aged men who’ve just never been able to settle down or constantly still smoking weed and living in squats and travelling around, and it was a bit kind of sad sometimes.”

Now, Martha Hill is home. This means her closing sentiment feels wholly less loaded than it should for someone still in their twenties: “It’s a young person's life isn't it, really?”

The Dog Hearted Man EP is released on 25 June