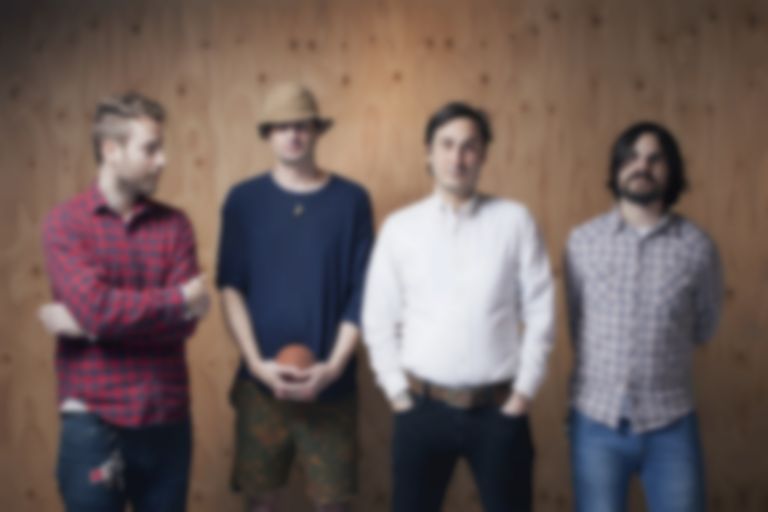 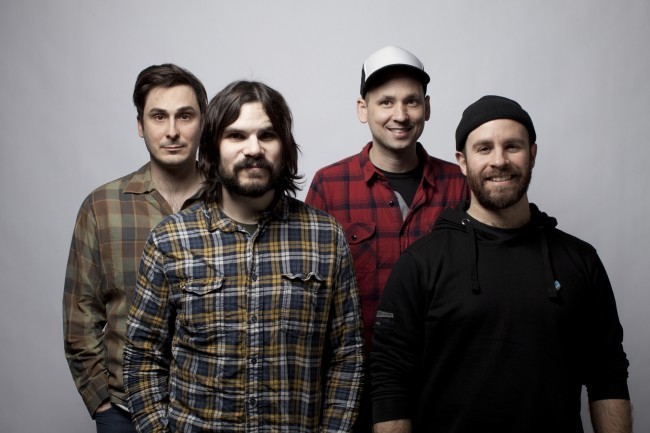 The conversation turns to Kinsella’s career in general and I ask him if it’s just the case that rather than it being a studied career plan, his back catalogue simply comes from doing whatever comes naturally and feels right? How else can you explain one album as Cap’n Jazz and one album (until now) as Owls, yet Joan Of Arc has been going strong for nearly two decades? He doesn’t agree: “I don’t know about coming naturally! Evolution is a painful process so saying that something comes naturally doesn’t mean it’s without suffering, y’know? It’s just one of the many adaptations and one of the skills you need to develop to continue…most bands don’t continue. Gross generalisation, but if you have a family member die and it feels like the end of the world, you adapt, you know? You lose a job or your house burns down and you feel like it’s the end of the world, you adapt. In all sorts of uncomfortable circumstances, you just have to adapt. And I consider anyone who’s not the four of us and what they expect of us to be some uncomfortable circumstance that we need to be aware of but we can’t let it affect us.”

I guess, then, that Kinsella would be quite able to sleep well at night if Owls never made another record…would he have cared if it began and ended with Owls? “No, no. Forever ago….2002,” begins Kinsella, “we started a new record so I’ve had a long time of assuming that it wouldn’t happen. You know that show Curb Your Enthusiasm? They did that Seinfeld reunion episode… and there was a joke, it was like the most offensive joke possible? Everyone always asks for a Seinfeld reunion, and the way they did it was as an episode of Curb that was the most offensive thing possible…and I just really liked that idea for an Owls record! I thought it was would be fun to….because Sam and Victor and Mike all play in Joan of Arc sometimes…I liked the idea of making a Joan of Arc record that was just the four of us and then people would have to sort of get it, like ‘Oh! A reunion!’” Would that have worked though, I ask? “Eventually we decided we couldn’t do that because the expectations between the four of us for how an Owls practice, or a Make Believe practice, or a Joan of Arc practice goes. The way we collaborate is so different and it didn’t make sense…but again, we were just open to all kinds of ideas.”

Up to this point I’ve tried to avoid asking if there’s a future for Owls, as deep down I think I know the answer. The Kinsellas, plus Zurick and Villarreal have been consistently making music in various formations of the original Cap’n Jazz quartet since 1989 – not always the four of them together but at least in some combination. I have no doubt this will continue for a long time yet, but I get the feeling there’s too much history and baggage between the four (and we’ve not even talked about the relationship between the brothers…yet) for Owls to last very far beyond Two. But, I ask Tim what he thinks about Owls in the future: “I dunno…..it’s really hard to say. The ten songs that ended up on the record came from fourteen that we recorded, but those fourteen came from about thirty that got started. Some of them seemed really great to me, you know. They fell away for whatever reason they did…it’s hard to imagine us not making more music.”

Would he consider touring? “That’s to be determined at this point! There’s talk of it happening but we got to a point in the making of the record where we stopped and had to back away from it for a while because we were getting frustrated with what we expected from each other. It was like, ‘once the record is out we have to do this tour, and this kind of thing…’ and so we had to all agree that we weren’t going to think about any of that, we’re just going to think about finishing this record. So we finished recording in July and the four of us never actually saw each other – or even spoke I don’t think – until we had a band photo taken right after New Year’s. Then we didn’t see each other again until we began shooting our video yesterday …so we’re just starting to talk about maybe playing some shows…but we’re all pretty happy with our lives at the moment, so no-one wants to go and live in a van.”

I mention that in a recent interview Kinsella had requested that if anyone spotted him planning to go on tour again anytime soon, they should “kick him in the balls”. Is he still of this mind? “Well, that was different. With Joan of Arc,” he explains, “I was on tour 175 days last year. But since saying that – and that was like day 30 out of a 45 date tour – we went to Japan for four days and had a totally great time, and we’re going to Seattle next week, then upstate New York for ten days. I’m happy to do these short trips, it’s just the idea of getting into something so deep that you can’t see the end anymore.” But there’s more practical reasons behind his touring reticence: “I start a new job later this week which I’m very excited about….and it’s the first job I’ve had that’s exciting at home. I’ve always just had whatever shitty jobs, bartending and stuff.” Tim is perhaps one of the most well-known bartending musicians, with it even being documented in song by his brother Mike, so does he still grab some shifts in Chicago? “Yeah, yeah! Still bartend! Just a couple nights a week; I live above the bar I tend at, it’s very much my community and my home – I mean, quite literally my home, I don’t have a different mailing address to the bar! It’s easy to pick up a couple of shifts. I also teach creative writing classes at the university here. Everything has always been based around having the opportunity to tour, and now I’m taking a job that will restrict that to a degree. But I’m pretty happy about it, because this job is more satisfying than touring.”

We end on the subject of album artwork; I do this because I want to talk about the relationship between Tim and Mike Kinsella, and how this affects Owls. The cover art for Two is split into quarters, and in each sector there’s a collage. In one section, the collage shows Noel Gallagher with blood pouring from his eyes and mouth, and I suspect this is the work of one of the Kinsella boys…so I ask Tim to explain the cover art. “Part of what I’m trying to talk about politely is,” he tentatively begins, picking his words carefully, “we are so insane in how the four of us collaborate! At Make Believe or Joan of Arc practices, everyone in the room has an opinion on the drums, everyone in the room has an opinion on the bass line…everyone is writing everyone else’s parts. Owls is like ‘I’m doing this! Don’t you fucking touch it! Back off!’ Every band in the world records a record and is like ‘hey, what should the cover be?’ but we decided that everyone gets to make their own image and no-one gets to say what it is. So all four of us made a collage, and no-one was allowed to say anything about each other’s collage…and you know, my brother has a lot of issues towards me!” Ah, so it’s Mike dealing with his relationship with his older brother? “Yeah. They’re beyond my control…the way he decides what’s meaningful about this record is to take an image of a famous big brother in a band, and beat him up. So that’s 100% Mike’s doing….obviously I think it’s not cool, I don’t know what his problem is with me.” Isn’t that just typical of brothers in general, though? Especially when they’re in such close quarters? “No, people say that ‘it’s just brothers’ – but it’s beyond my control. I can only be my best self to him and he can accept it or not. If he wants to publicly demonstrate that his investment in this project is just that he wants to beat up the older brother, there’s nothing I can do about it”

And there, in a few sentences, is why we don’t have as much music from Cap’n Jazz or Owls as we perhaps could or should have in the past twenty-five years. Relationships are tricky at the best of times, but even more so when there’s so much emotional and physical baggage to be carried across the years. I guess we should be grateful that we have three or four records that document the brilliance of Kinsella, Kinsella, Villarreal and Zurick, and although Tim seems fairly positive that the four will work together again, I reckon it’d be wise to love and cherish Two as much as you can…it could be a long time before you hear from Owls again.

Two is released on March 25 via Polyvinyl.