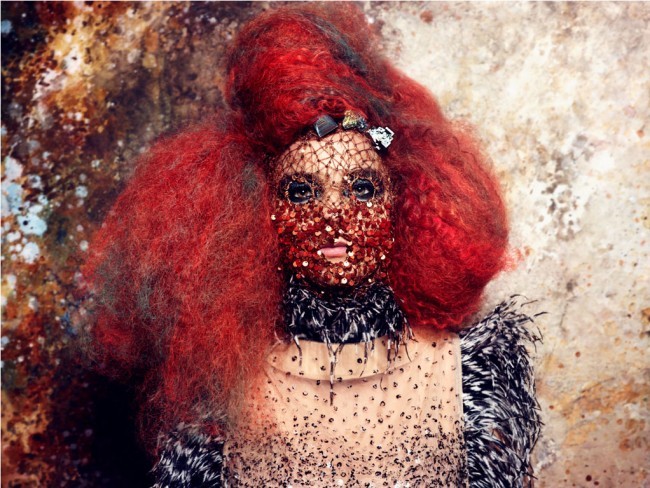 With such vision I think it’s only fair that Björk remains uncompromising, although she reveals that she does get torn up when things don’t go according to plan. “I probably shouldn’t say anything about this…” she trails off before takinga sip of tea and cautiously continuing “…but I had a really hard time with El Guincho. He came to New York and did two bass lines on the album. We had a really great time. He is amazing but he did one remix, and it was just such a different mood to the rest of the songs that it just didn’t fit. It was really hard for me to decide not to use it but I had to not think just about the best mixes but about the whole album. I love the mix but it was just on another wavelength. I tried to pick out the hardcore beats and put them all together and El Guincho was maybe just a little bit too sweet or dreamy. I love dreamy music don’t get me wrong, but it just wasn’t right for this. At least it’s out there to download for those who want it, for the nerds and completists. For people like me.”

With over 40 remixes to play with, this won’t have been the only decision she agonised over. “I didn’t really plan anything,” she explains. “There were a lot of tough choices. Sometimes I’d have a few versions of the same song and I’d get to choose which was the remix version and which was the album version, but then some songs were so clearly their own thing that I sort of wanted to make one cohesive unit out of them. I’m lucky to have worked with Derek from One Little Indian because we both kind of come from the punk roots. It was really common that record companies, the big ones (before the indies kind of started), would never release anything unless it was guaranteed to sell. We were kind of punks you know. We were like ‘no, it should be the other way around – release all the quirky bits and all the little eccentric things that sell five copies.’ We’re both nerds like that. We were really keen to release things that were not about making money.”

It’s probably the nerd in her that took an album and made it into an educational program, and the humble integrity in that which leads her to saying “I’ll probably end up being a teacher or something, let’s face it.” She clearly takes great joy in that thought. Biophilia was designed with 6 year olds in mind but she ended up teaching 10-12 years because they’re already “self-sufficient” and there is quite a complicated array of scales, arpeggios, chords, rhythms and science involved. Last year she brought her Biophilia project to Reykjavik’s Harpa and enjoyed not being the centre of attention for once, “the majority of the kids didn’t even know who I was and even if they’d seen me in the papers or something, they’d never heard my music. But that is kind of the beauty of these things, you can write your own song with the apps, you can sort of skip mine if you like and make your own.” 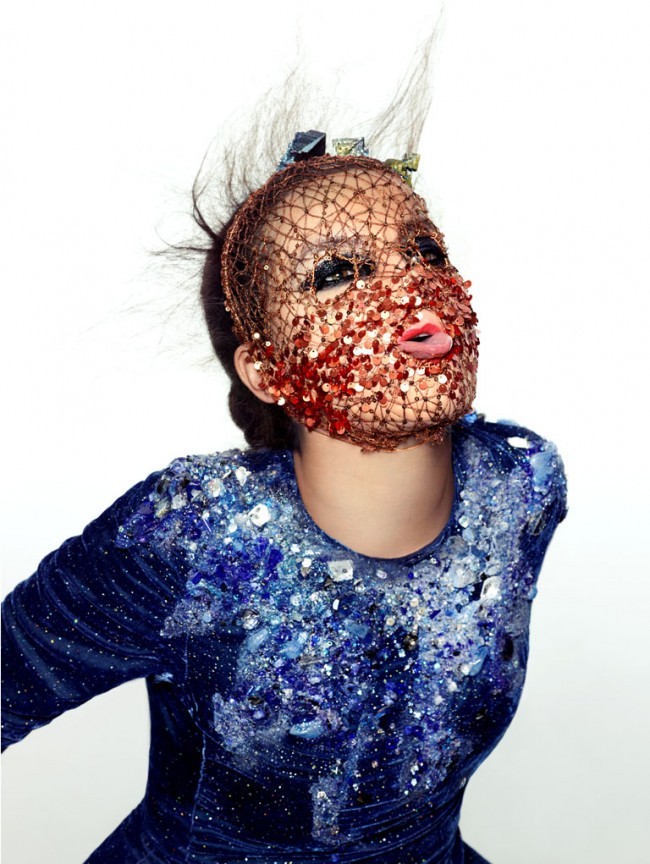 She’s even thought about releasing their creations. “We’ve been keeping everything so maybe at one point I’ll listen through all of them and pick the best. There is a whole Soundcloud somewhere as well where people can upload their own pieces. It would take a long time to go through everything, maybe if I get like a spare month I’ll go through them all. I can’t promise anything though.” But there is a spark in Björk’s eyes every time she discusses the idea of launching other people’s work upon the world, after all she has always stressed that Biophilia‘s spirit, its endless homes and beautifully tangental branches “are not about me.”

Bastards is available now through One Little Indian.