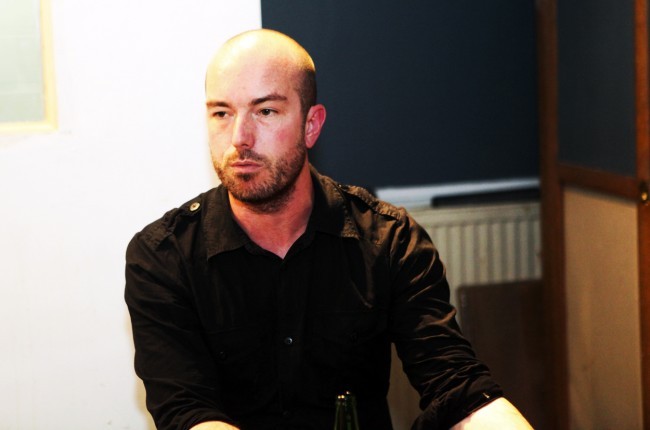 We ask how Bella Union reacted when they told them they were going to do everything themselves. “They loved it,” says Paul instantly. “They were like ‘yep, off you go.’”

“They never even mentioned a studio!” remarks Hazel. “They were just like ‘are you gonna do an album then?’ and we said ‘yeah, we’re going to do an album’ and they were like ‘yep, well, off you go’.” Sarah animatedly continues, “That was the great thing about them; they never questioned us. They just had this faith. They never gave us any time frame at all; no pressure, it was just up to us.”

We ask if Paul thinks that this utterly independent manner of production might be indicative of a significant change in the way albums are recorded by small bands. “I think so,” he nods. “I mean, we’ve made two albums now on just a laptop with some pretty cheap software, with borrowed microphones – and they weren’t even very good! The microphones we used for the drums were just disgraceful. Horrible things. We actually planned to burn them afterwards. It took a long time to mix because of all that but I think the fact that we were able to do it on very little cash is kind of amazing, really. The hard thing about it is that if you’re in the band and the band are producing themselves you don’t have an extra set of ears telling you if you’re going the right way or not. You have to make all those decisions yourself and you end up doubting everything – a lot. I did, anyway. You’d do something and you’d hear it back and your instant reaction is ‘that’s the worst piece of music the planet has ever heard’ and you kind of just want to go outside and hide in the snow. You have to learn how to get over that. I think as the technology gets better, more and more bands will start to do it themselves because, I mean, the results you get…”

The band have firm belief in the way they’ve done things. “You have to, nowadays, be as self-sufficient as you can,” says Hazel. “People aren’t going to be able to sell records forever, even though we were talking about the physical side. There’s just no money in music, so if you want to make music and you want to make records you’ve got to learn how to be clever about things, how to manage yourselves. I really admire bands that show that they can do that because you can really tell how important it is to them.”

There’s no pretending that the process was easy, of course. Hazel tells us that there were times where it all looked like it was going to fall apart; “There were points in this record… I mean, there was one day where Paul didn’t get out of bed and we were all like, ‘shit, the album’s off’. He was feeling very much like ‘I’m not producer, I can’t do this, I’m useless, there’s no way we can do this, forget it’. You just get those moments, and it’s difficult, but at the same time it’s nice to feel that it is our record all the way through. It’s our thing, there was nobody else there, and only us five have got the memories of making it, and only us five know every little bit that went into it.”

We wonder how the group think their experience compares to the standard formula for recording and releasing an album; whether they think it’s as good as working with a studio and professional sound engineers. “I think it’s better!” says Sarah adamantly. “I mean, Paul’s in the band, so he knew exactly how we wanted it to sound. He’s been there for every step, from when we started writing the song to that final moment of it being recorded. All of us had complete trust and faith in his judgement, whatever it was, when he was doing all that production. Unfortunately we were all doing day jobs and had to leave Paul to do so much work, around the clock; he was exhausted. We all knew at the end of the day that we were going to be happy with it because it was Paul that was doing it, and we didn’t want anybody else.”

“For our type of music,” says Hazel, “probably ever since The Beatles, the producer is as much of a musician as the people playing the instruments. Every little nuance or detail in the production is a part of the bigger picture.”

One thing is for sure; the band have worked themselves to almost to breaking point to produce this record, and the pride they feel over it is absolutely justified. “From the very beginning,” says Paul, “right up until the end, the whole thing; the artwork, the songs, the lyrics, and the sound of the album that we recorded is just us, and that’s nice. We’d never work with anyone else. If we did…” he trails off. “They’d have a really hard job,” finishes Hazel. Paul nods in agreement; “I think they’d hate us because we have our own ways of doing things.” All five affirmatively nod. “It’s entirely our thing, now.”

Until The Colours Run is out now on Bella Union. Read our review of the record here. All photography by Eleonora Collini.