Winter is a hair's breadth away which means we can look forward to snow, Christmas, and (most importantly) Iceland Airwaves! 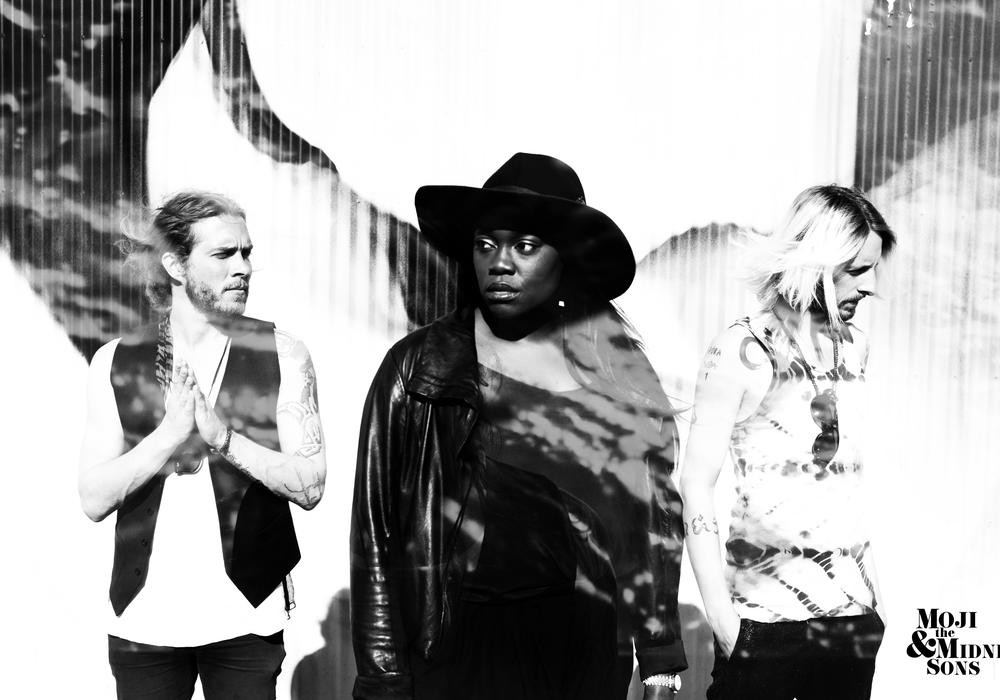 To the casual observer, the soulful rock tunes of this American-Icelandic outfit may suggest the gang’s been jamming together since they were toddlers, but in truth the trio has only been together for a year and a bit. Having just released their debut album What I Saw on the Way to Myself and fresh from touring, you can expect M&TMS to be on point at Airwaves.

Moji: “I'm not actually from Iceland, I'm from Long Island, NY. I first visited Iceland last year and have been back multiple times since then because of the band.”

Frosti: “I’m from the suburbs of Reykjavík.”

Bjarni: “I live in Reykjavík but grew up in Mosfellsbær, a suburb north of Reykjavík.”

M: “I started making music when I was about 13 or so... We had just gotten our first home computer and I quickly discovered the recording application. I would make these really awful layered soundscapes then record my vocals via the wand microphone and try to play both files back and record them onto another file. Thank God we have better software now! I don't have the recordings (viruses killed the computer) but I remember a few of the songs.”

M: “I would say the music we create is similar to earlier rock ‘n’ roll—when it still had some soul and blues. But we add a bit of twang to our songs. Overall, our music is passionate and emotional.”

B: “I’d describe our music as dark soulful rock.”

M: “In a sea of talent and beauty there is only so much that can be seen and heard at one time. As such, I encourage you to follow your ears and go with what moves you. BUT... if you want to hear music that is passionate, emotionally evocative, and some sincerely fucking good music, come and see us. We don't have a synth touch pad sampler, I don't use auto-tune, and we won't have back-up dancers—maybe next album? I can promise you that I will sing with everything I have in me and make you feel something special.”

M: “Valdimar, Prins Póló, DIGABLE PLANETS!!, sóley, The Internet, and DJ Yamaho are the acts on the tip of my brain.”

M: “You should hit up some killer shawarma and go full on "spicy sauce 4 eva" at Habibi or go to Skúli Craft bar for a "hair of the dog" drink. They also have caffeine and snacks at Skúli if you are looking for a clean slate for the day.” 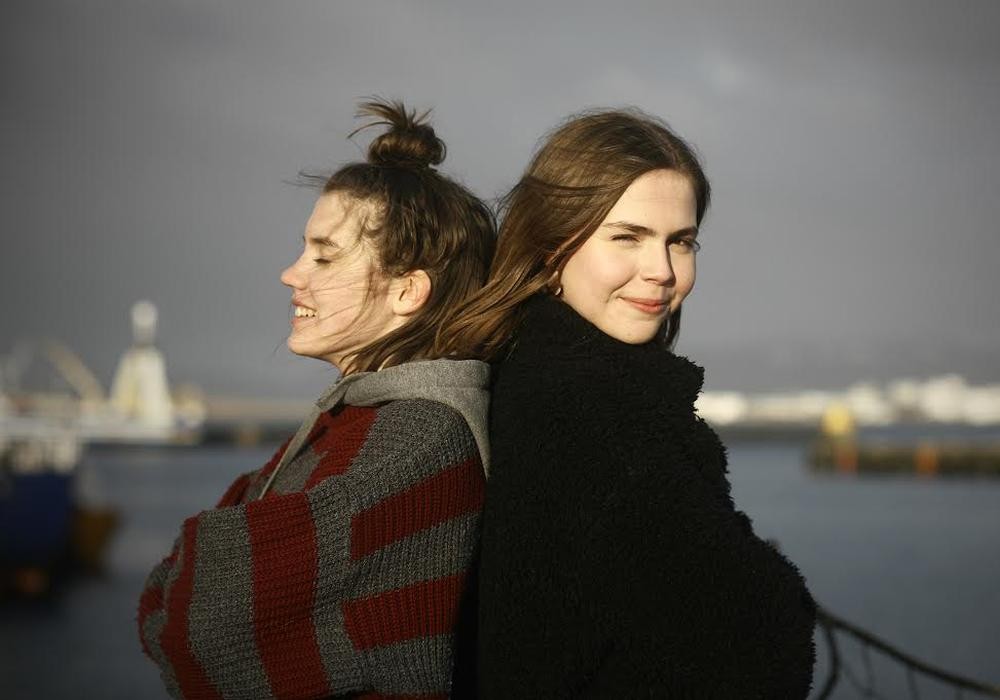 The youngest musicians performing this year are no doubt RuGl, a two-person outfit from Reykjavík. Combining succinct melodies with sweet harmonies, the two fifteen-year-olds have grown adept at winning the hearts and minds of local music goers, representing Iceland's new generation of indie pop.

"We’re from Vesturbær, which is a district in Reykjavík, the capital of Iceland. Vesturbær is filled with creative people and unique houses and this has had a very big impact on our songwriting."

"We started making music together in the beginning of this year, but we had been writing songs separately long before that."

"Two girls singing and playing the guitar and keyboard... The songs are indie-inspired. Sufjan Stevens, Elliott Smith, Daughter and Regina Spektor among others have had a big influence on us."

"PJ Harvey is a must! Axel Flóvent, JFDR, Lowly, Magnús Jóhann, Moses Hightower, Una Stef, Útidúr, FM Belfast and Björk of course, you´ll definitely see us there in the crowd."

"We don’t know that much about hangover, we’re only 15!! So we just got food tickets, no beer. But we recommend that you enjoy the nice weather here and take a nice stroll along the seaside and don’t miss the swimming pools. Happy Airwaves!" 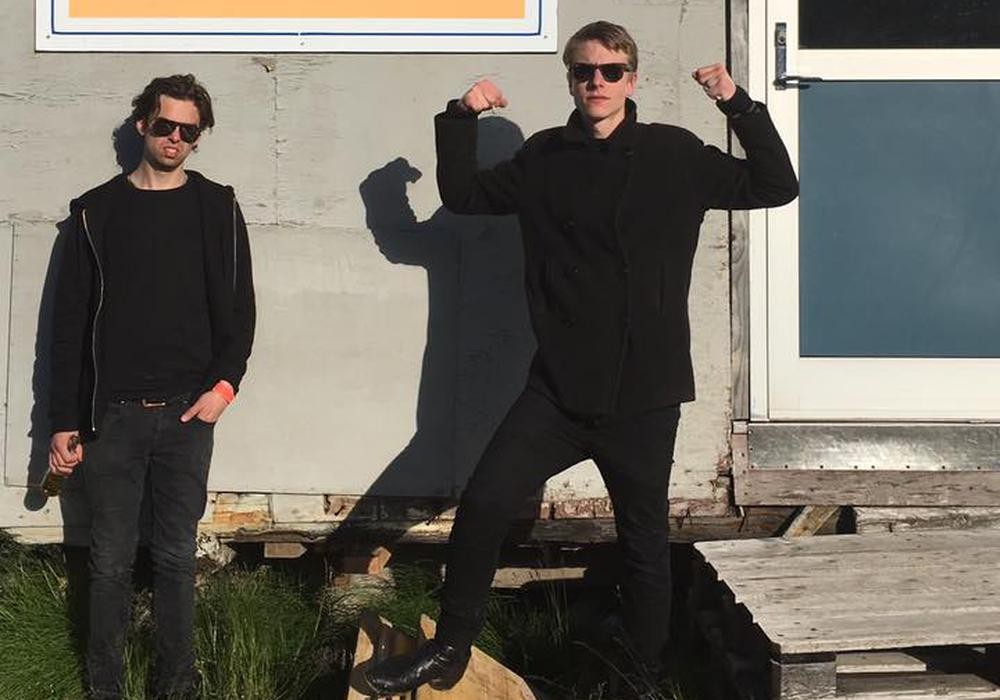 If the wolf from Little Red Riding Hood had a soundtrack, it would be written by Skrattar. Their music is dark, nihilistic, and seductive, with repetitive synth keys overlaid with resonant guitar twanging and huddled vocals reminiscent of Nick Cave.

“We are from Reykjavík, Iceland.”

“A bit of electronics a bit of rock ‘n’ roll. All real and all created in the night.”

“You should come see us if you want to hear a resurrected sound of the old world that is different from a lot of the bands that are playing Airwaves this year. Be there or be square, Skrattar are here.”

“Go home or to an afterparty.” 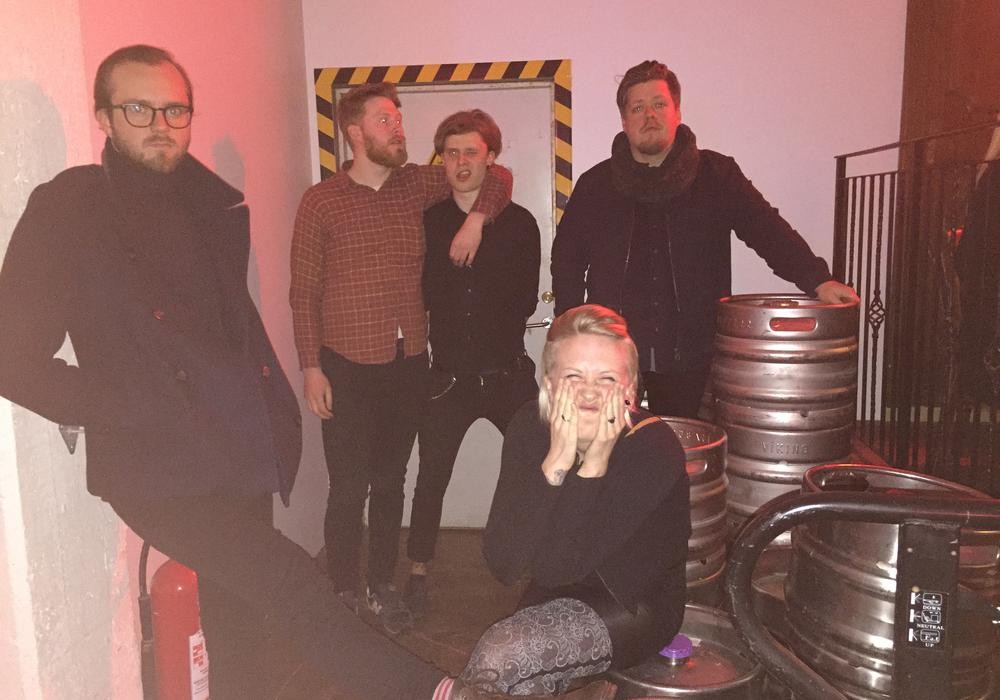 This art-punk band has been taking a lot of space in the local scene, releasing two albums in one year and playing a flurry of shows, much to the delight of Iceland’s firestarters. Expect an explosive show from Tófa filled with frantic energy and a spoonful of bittersweet optimism.

“We are based in Reykjavík, but are currently living in three separate countries (Iceland, The Netherlands, and Denmark). The guys are from Iceland, and Allie is from Colorado.”

“Tófa began playing music together about two years ago (fun fact, our first meeting was in a broom closet), but all of us have had musical experience of one kind or another prior to that. We think of Tófa as being the band that we always wanted to play in; we are great friends who can be open with our strangeness, work brilliantly together, and have a lot of fun doing what we do.”

“Tófa's sound is difficult to describe in a few words, which is part of what we enjoy about our music. It is dirty but technical, loud but thoughtful, and has a strong influence from classical literature and poetry. Tófa's songs can range anywhere from quiet and subtle to bombastic and chaotic. We (half jokingly) call our genre "adventure punk" because you never quite know where the music will end up.”

“We work our asses off when we perform. This band means a lot to us and it shows in our performance. If you are looking for something unusual and fresh (or enjoy seeing 5 "adults" sweat a LOT), Tófa will not disappoint.”

“A few bands we are excited for are Kate Tempest, Santigold, Warpaint, and PJ Harvey. Be sure to see Andri and Kjartan play with East of my Youth as well!”

“The pool, no question. Allie is loyal to Laugardalslaug while Árni is a die hard Vesturbæjarlaug fan, but there are tons of them in the city. Choose one, marinate yourself in the hot tub, sweat out the hangover in the sauna, then go get a hot dog.”

Iceland Airwaves runs from 3-6 November. Find out more at icelandairwaves.is.