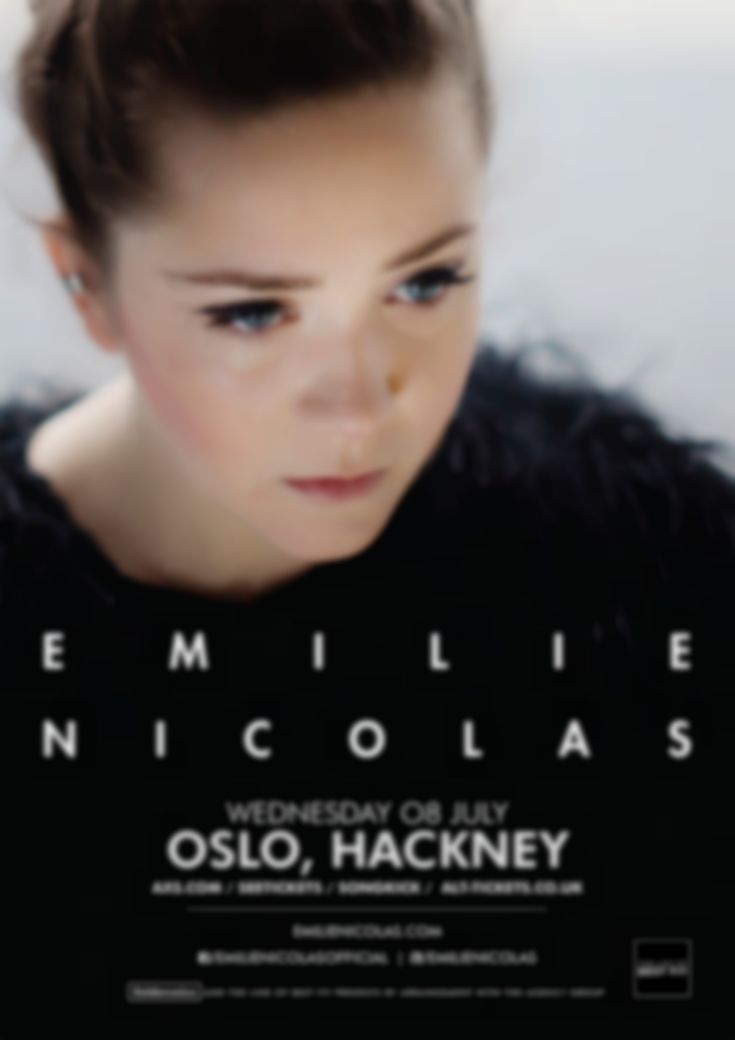 After kicking off 2015 with an intimate show at St Pancras Old Church in January, followed by a sold out date at Hoxton Square Bar & Kitchen in April, Goldenvoice and Best Fit bring Emilie Nicolas back for her third (and biggest) London headline show to date. The hotly tipped songstress returns to the capital on July 4 with her mesmerising live show.

Her debut album, Like I'm A Warrior (released July 6) is a masterstroke in poise; classic pop hooks intertwine with clear as crystal production and devastingly brilliant lyricism.

Just hours before Emilie mesmerised the sold out crowd at the aforementioned St Pancras Old Church in January we filmed an intimate performance of "Grown Up". Set against a sea of lasers and brooding melancholia, Nicolas and band delivered a genuinely thrilling rendition of a song that's merely a glimpse of the talent that this artist beholds.