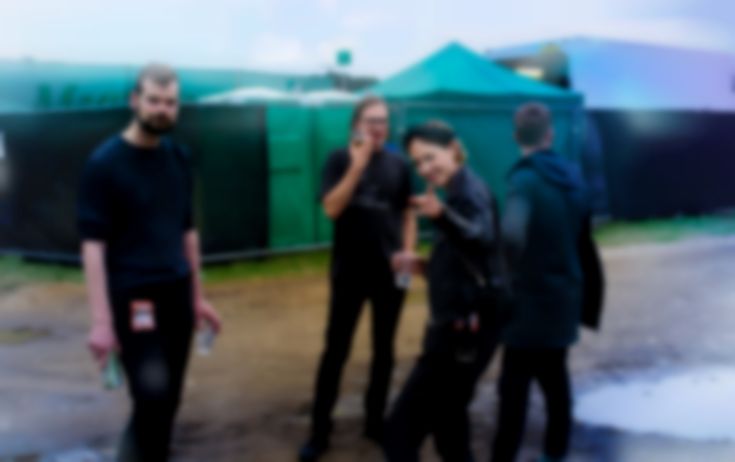 From Monday 12 - Friday 16 January, The Line Of Best Fit takes over The Lexington - a stone’s throw from London’s Kings Cross - to showcase the very best in new music.

Our week long residency will help music fans start the new year off with a bang as we bring some of the artists we're most excited about for 2015 to The Lexington for five amazing shows. Monday to Thursday's line-up is all about the newcomers and features the stellar talent of Freddie Dickson, NIMMO, GET HOT, Cash+David, EKKAH, Jagaara, Oscar, Wyldest, Alma Elste, Febueder and Laura Groves whilst the closing night will see one of 2014’s biggest successes - the Secretly Canadian-signed Woman’s Hour (pictured) - playing a special headline show to round the week of events off in glorious style.

All shows are priced at £6 (except for Woman's Hour; £9) with a special week-long wristband available for £26, covering all of shows in the programme. 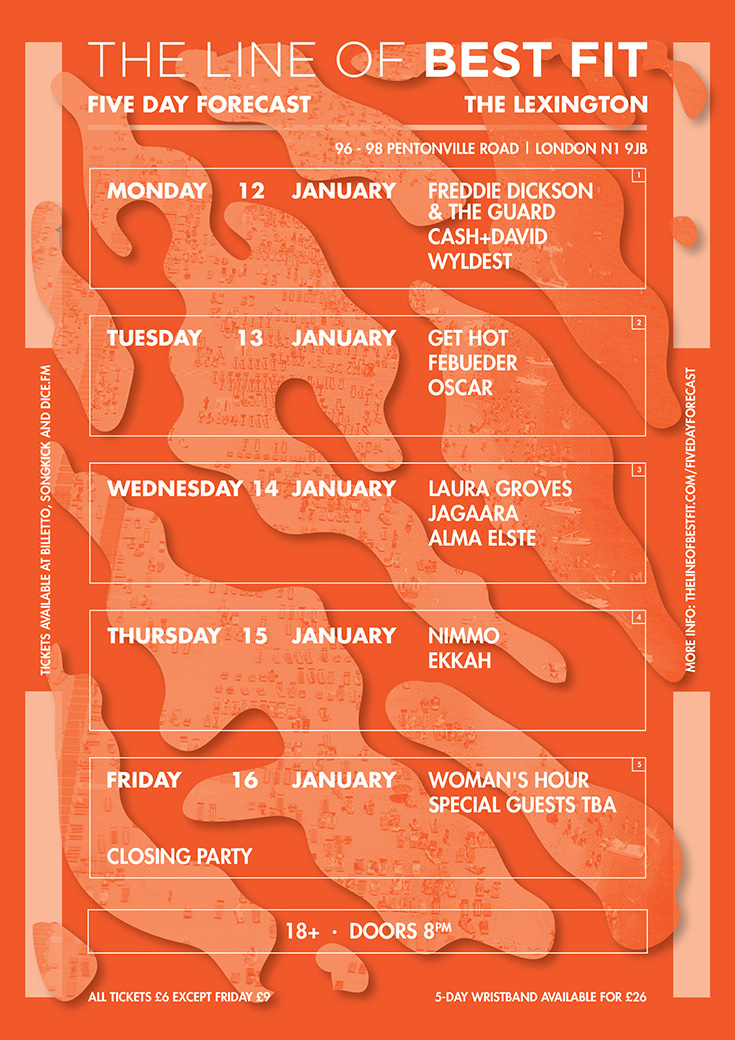 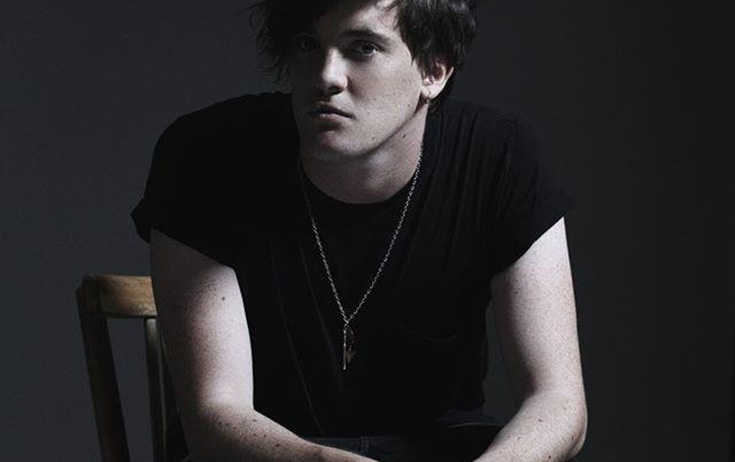 Doom-pop soloist Freddie Dickson may have just a few songs to his name but the West Londoner writes music like the emotional heavyweights: Lana Del Ray, Banks and Frank Ocean. A wide diversity that may be but Mr Dickson and his band have shown promising versatility stretching from haunting piano-based ballads ("Shut Us Down") to the recent cinematic pop of "News". 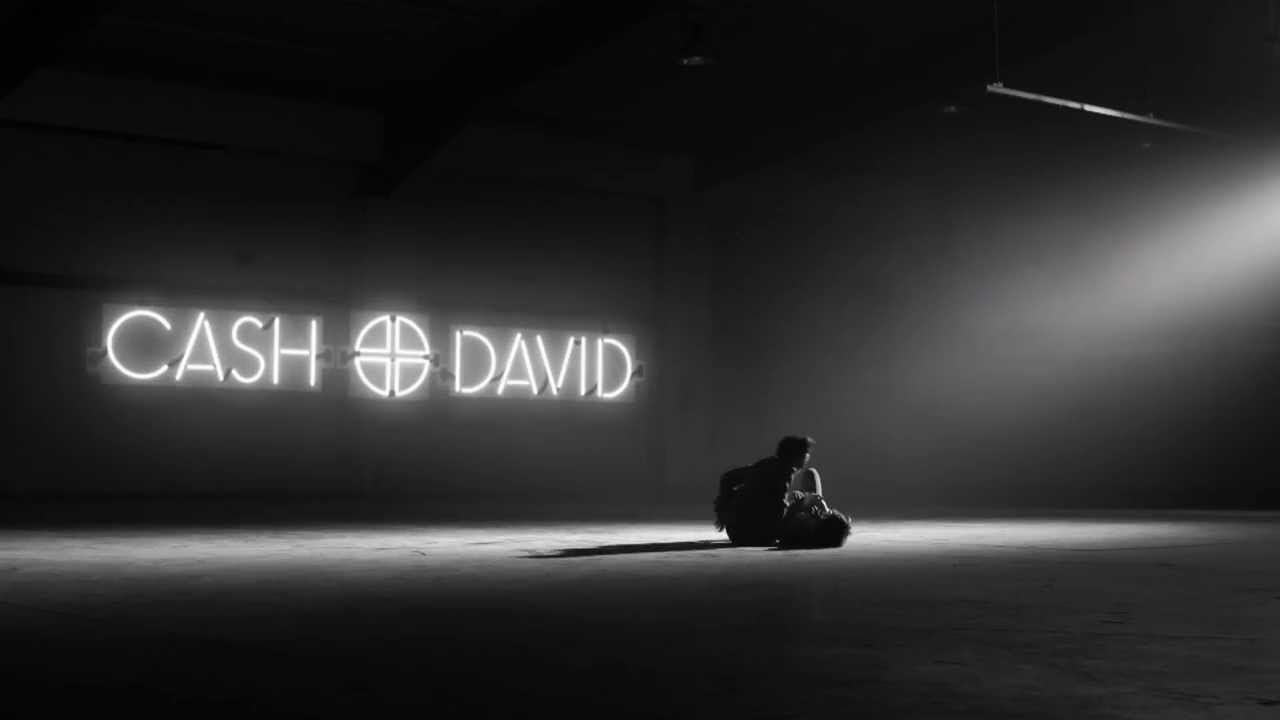 London duo Cash+David were a question mark for the best part of this year until they revealed themselves as songwriters Tim Ross and Liz Lawrence. This behaviour doesn't always work for acts, but it was a charming concealment for the pair who create electro-pop laced with industrial drudge and hooky melodies. We've only heard three tracks to date and in truth it's hard to pick the best, but "Pulse" must be applauded for its rather berserk concoction of Arabic hums, Balearic guitar lines and Lawrence's decidedly British burr. It's very early days, and much is still shrouded in mystery, but we're right behind this dynamic duo. 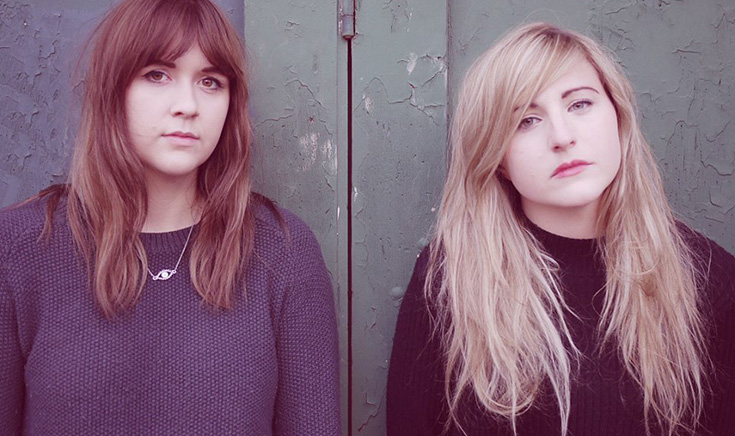 North London duo Wyldest - Zoe Mead and Holly Mullineaux - have only been writing and performing their brand of lo-fi-nodding dream pop since the summer but have already enjoyed early support from the likes of Radio One's Huw Stephens and Best Fit. The quality of their two self-produced tracks also alerted the attention of Green Man, with the band opening the Welsh festival in the summer, and DIY Magazine, who booked them as part of their all-dayer, alongside the likes of fellow up-and-comers Palace, Blessa and Flyte. Expect to see a lot more of Wyldest as 2015 develops. 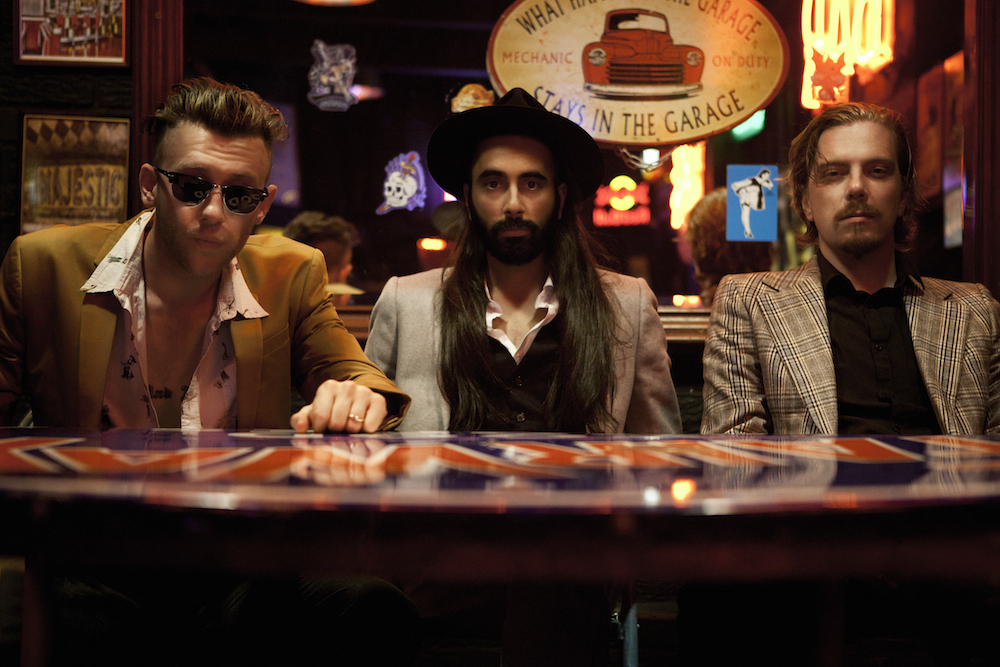 Although a collaboration between producers Jakwob and FTSE doesn't seem entirely unlikely, the results of the pairing are entirly unexpected. Like the bastard child of Andrew W.K.'s entire musical output, Get Hot is clusterfuck of styles and influences shot through with a punk rock spirit. Hard-hitting singles "Party" and "Drugs" speak for themselves - a lethal injection where hardcore meets electro. Now signed with Lucky Number and with more music to follow in 2015, it's only a matter of time before Get Hot come and gatecrash your party with their delightfully brattish sonic mastery. 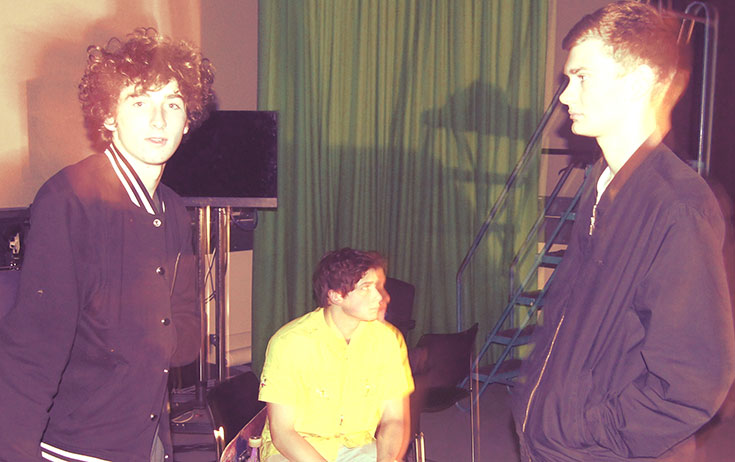 Ascot teens Febueder astounded us this year with their penchant for penning quirky indie à la alt-J. Debut single "Alligator" was a baffling, brilliant concoction of distant vocals and darting metallic guitar lines that laid the foundations for more experimental numbers like "Brazillia". The trio's two EP's, Soap Carv and Lilac Lane, are some of the most exciting short-players we've heard all year. Better still, they're incredibly tight live. 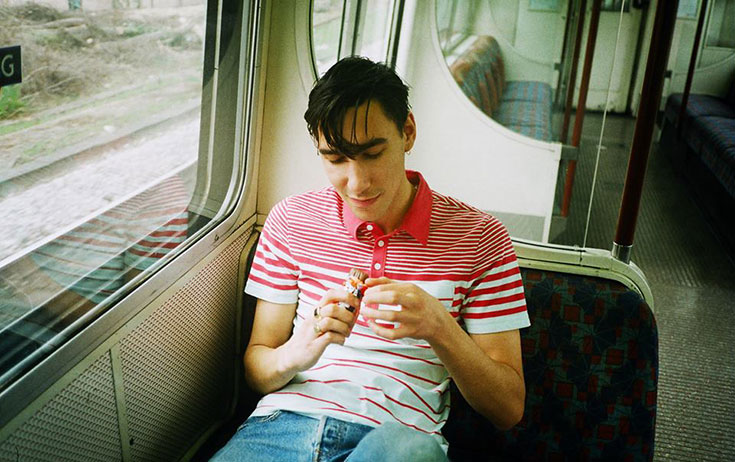 Oscar writes some of the most unassuming guitar music around with deadpan vocals dragging pleasantly over scuzzy guitars and kitchen-pot drums. The nonchalance of songs like "Sometimes" sounds like he couldn't care what you think about his music, but that's all part of his charm. Think London's cooped-up, more ramshackle answer to Mac DeMarco and you're just about there. Just. 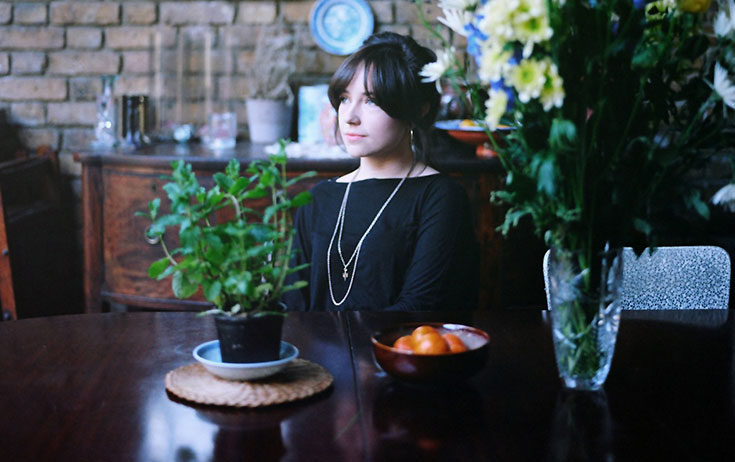 Make no bones about it, "Pale Shadows" by Laura Groves hasn't stopped spinning since it dug into our souls back in 2013. This year has also been kind to the Bradford-born singer with "Friday" wearing needles thin and her live shows wearing us emotionally thinner. Thinking About Thinking, Groves' first solo EP (save for previous recordings as Blue Roses), is a delightful collection of autumnal and harmonic ballads that need to be fully realised live. 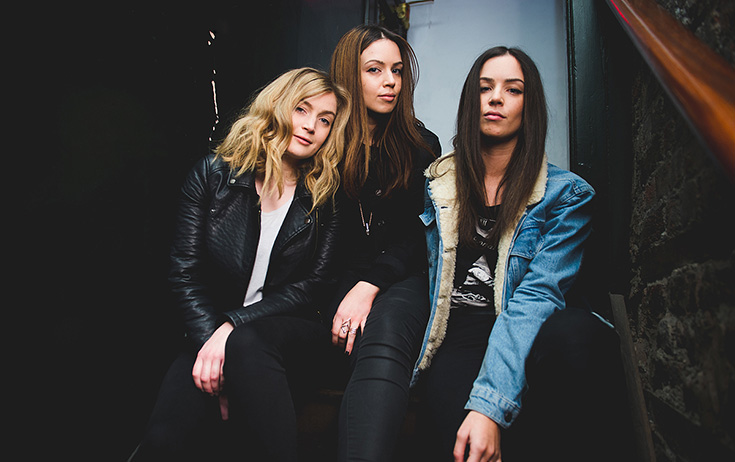 It's very early days for London sisters Jagaara and their understated, yet weighty brand of emotive pop. Quietly dropping “Faultline” on Soundcloud over the summer, the Edmondson sisters soon attracted journalists who were quick to make comparisons to the "other" sister trio: Haim. While the comparison isn't completely unfounded (there are indeed hints of the American band's funk-pop simmering beneath singer Jane's breathy husk) Jagaara are far more withdrawn and, well, much more British. 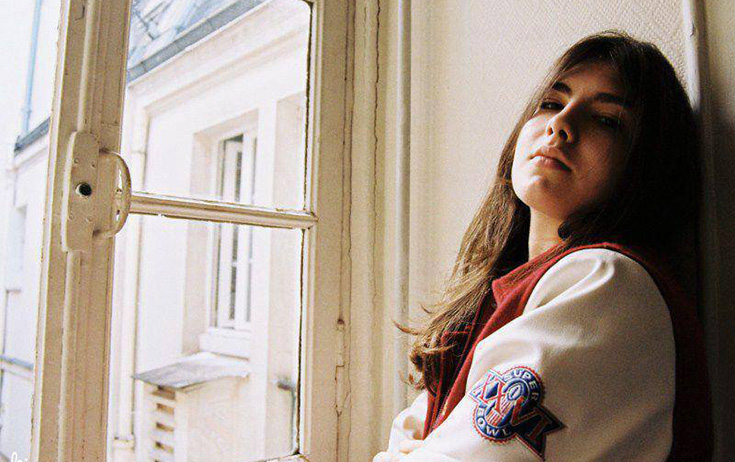 There's no denying the remarkable pace at which Parisian soloist Alms Elste has dominated recent top spots on Hype Machine. Debut single proper "Heart Melter" does exactly what it says on the tin: breathy cries of "ooh boy", stoic piano and head-strong pop beats all melting arteries at lightning speed. She might have played her debut show in London last week but we'll be going in with all the enthusiasm we can muster in January for this exciting newcomer. 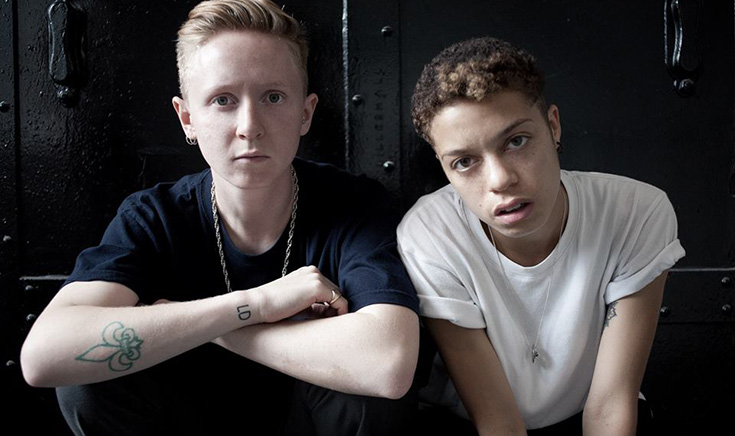 NIMMO have made a huge impression over the last 12 months with singles "Jaded" and "Others". With airplay on both BBC Radio 1 and BBC Radio 6 Music, the band look more than set for a successful 2015. Originally known as Nimmo & The Gauntlets, the London group craft catchy indietronica with compelling gravitas. We can't wait to see them in their hometown this January after completing a recent tour of the UK. 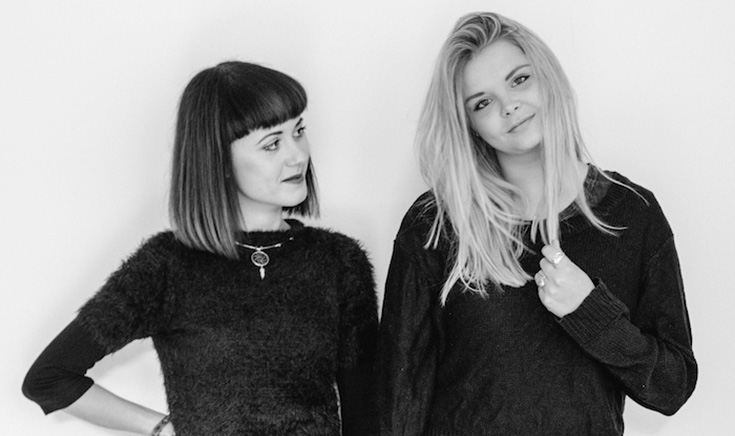 London/Birmingham duo EKKAH surely deserve the award for the smoothest record of the year with "Last Chance To Dance". It was quite a change from the rough-around-the-edges funk-pop of debut demo "7am", even the more refined "Figure It Out", resplendent as it is in effortless groove and insatiable hooks. The duo largely extend the feel-good factor on their recent EP of the same name, so it'll surely be party time when they hit London. 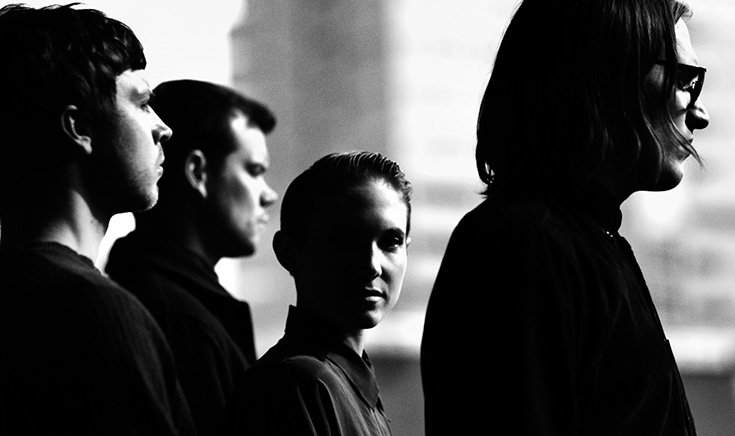 It feels like Kendal natives Woman's Hour have gone stratospheric since their impeccable debut Conversations hit shelves in July. Early songs like "Darkest Place" heard singer Fiona Burgess' Northern burr constantly warming the colds of chilly guitar lines and spacious arrangements in what can be described as sophisticated art-pop. The poise and elegance of Conversations is duly performed in their live shows - don't miss out on such a spectacle.